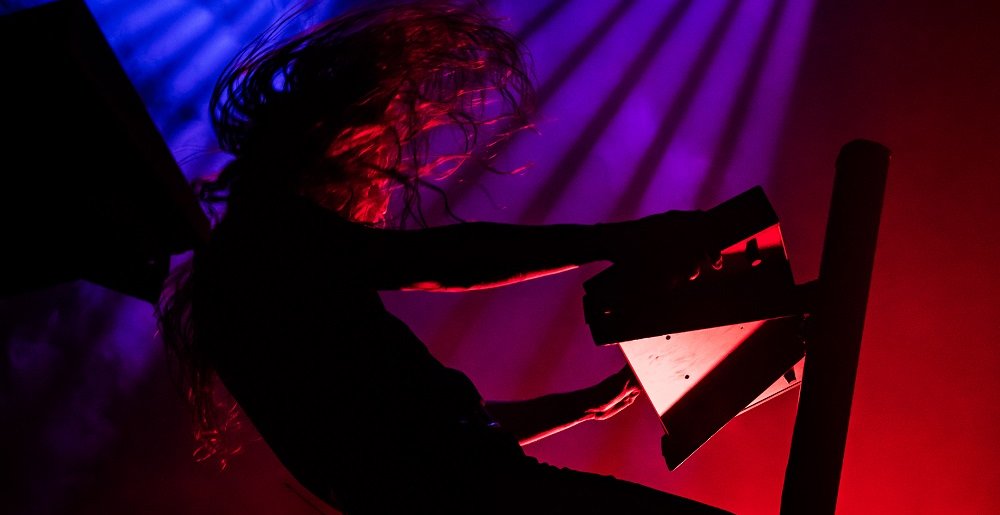 There may be more synthesizers than traditional instruments at a Perturbator show, but that doesn’t mean it’s not metal as fuck. Featuring the kind of cyberpunky tunes mixed with some serious metal rhythms, this Frenchman, otherwise known as James Kent, played guitar in a number of black metal bands. If you’ve ever seen the guy’s merch, you know he wears his metal bona fides on his sleeve.

So when he and his tourmates Health and Street Sects hit the stage in Austin, Texas, you bet your ass we asked Drew Nesbitt, of Njorodynphoto, to get me pictures of Spider-M…. erm…that show.

Whether you were there and want to see the show from a new perspective, or want to see what a an electronic/darksynth show even looks like, feast your eyes on the galleries.

You can catch Perturbator and Health, along with either Street Sects in the U.S. or Author & Punisher in Europe, at one of the dates below.

Cybergrind outfit Thotcrime share the songs they’ve been jamming out to as we prepare for their new album.