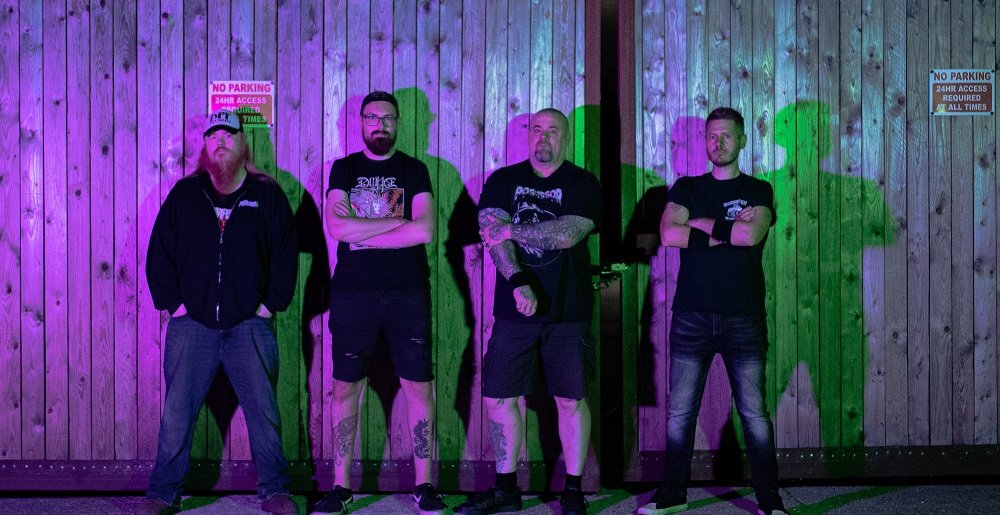 Armed with fuzzy guitar riffs, a chunky rhythm section, and sharp, yet gutteral vocals that reek with urgency and anger, “Diagnosis Fucked” moves along like a Jensen Interceptor barreling along the M62.

Lead singer Phil Wilkinson said “Diagnosis Fucked” was inspired by a series of health struggles he’s had for a while now.

‘I have always written about personal struggles, and this one is very personal lyrically. ‘Diagnosis Fucked’ refers to my struggles with health issues, particularly being diagnosed with osteoarthritis and the mental anguish that came with that, but ultimately coming out the other side with help from good friends and horrible music. I’ve always been very open, lyrically and personally, about my struggles with mental and physical health, and this song is a representation of this. Along with that, we chose this as a first single as it encapsulates what Battalions is all about – heavy music, big groove and hard hitting lyrics.”

King of a Dead World is the band’s follow up to the band’s 2018 release Forever Marching Backwards. The forthcoming album’s eight tracks, are the first with their new drummer Simon Harrison.

Billed as the band “returning to our roots,” bassist Matt Dennett said the title was inspired by some happy-go-lucky light reading he was doing online.

“I was reading an article online about the decline of humanity, the battering of Earth’s resources, the financial and human cost of war, global warming etc, and how the world’s leaders are partly to blame. The article ended with ‘who wants to be the king of a dead world?’ I read that and it was a light bulb moment, I thought that’s a great song/album title, everyone agreed and it stuck straight away.”

King of a Dead World will be released on October 21, though preorders are currently available today via APF Records.

Metal Sucks Greatest Hits
0 -
A Detailed Analysis of Slipknot’s New Masks
250 -
Worst Year Ever: All of Our 2011 Year-End Sh*t in One Place
0 -
Thirty of the Worst Metal Band Promo Photos of All Time
0 -
Detailed Analysis: Vest Metal is Officially the Next Annoying Trend in Metal
0 -
Phil Anselmo on Hearing the End of Pantera’s “Hollow” for the First Time: “I Was Floored…”
0 -
I, For One, Welcome Our New Robot Overlords