Metal Sucks
Metal Sucks Put Away the Onions Before Watching This Guy Surprise His... In Search of the Real Toki Wartooth: 10 Musicians Who...
- Tweet SHARE
Enlarge
Editorials 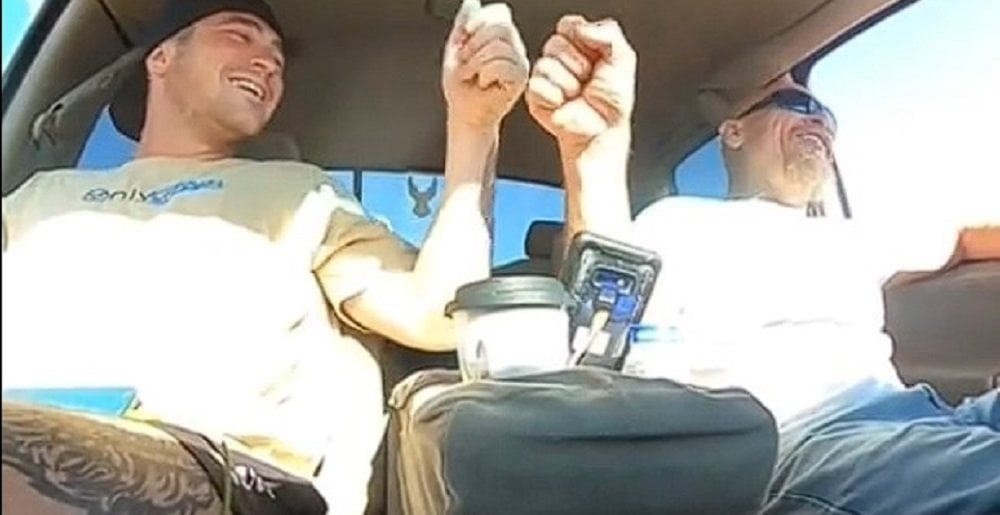 Everyone dreams of being a rock star at least once in their lives. Some of us actually give it a shot, writing and recording music, learning established bands’ songs to cover, playing gigs, the whole nine. Sadly, only a very select few of us either have the talent or get lucky enough to strike it big.

Such was the case for the father of TikTok user @fuegotao (or Mateo), whose love of music led him to play in a number of bands in his younger years and record some tracks along the way. One of those bands, Trip Master Monkey, even put out a small album in 1992 – so 30 years ago. Unfortunately, those dreams never materialized and the rocker eventually became a dad and settled down.

Fast forward to 2022 and Mateo managed to track a copy of his dad’s music down and had it remastered by an audio engineer. After a quick upload to Spotify, Apple Music, and other services, Mateo surprised his father by playing the new version on a recent car trip.

The result, as you’ll see below, is nothing short of heartwarming and tearjerking and all that other feel good stuff. You really ought to watch it yourself, but I cannot imagine what it must have felt like to hear those songs for the first time in a long time and learn that anyone in the world could listen to it too.

You should check out the video and remastered album from 90s rock band Trip Master Monkey below.

Sponsored Links from Across the Internet
Show Comments
Related Articles
Viral Vomit 0
Ghost Continue to Cash In on TikTok Fame with Official Live “Mary on a Cross” Video
September 22nd, 2022 at 11:56am Hesher Keenan

Viral Vomit 0
Ghost Appeals to the TikTok Generation with Meme Version of “Mary on a Cross”
August 27th, 2022 at 10:26am Hesher Keenan

If you’ve either spent time on TikTok or its knockoff […]

Fozzie Bear’s got his lighter in the air.

Metal Sucks Greatest Hits
0 -
That Time Shaun Got Drunk and Filmed a Music Video with His Cat
0 -
BREAKING: Slipknot Guitarist Mick Thomson Stabbed in the Head by Brother
0 -
Exclusive Interview: John Baizley of Baroness on the Bus Crash, Recovery and the Future
0 -
A MetalSucks Exclusive: Return from The Graveyard — King Diamond on His Near-Death and New Life
0 -
Nazi Imagery: Why Watain and Marduk Don’t Get a Pass While Slayer and Metallica Do
1230 -
Loutallica’s LuLu: The MetalSucks Reviews