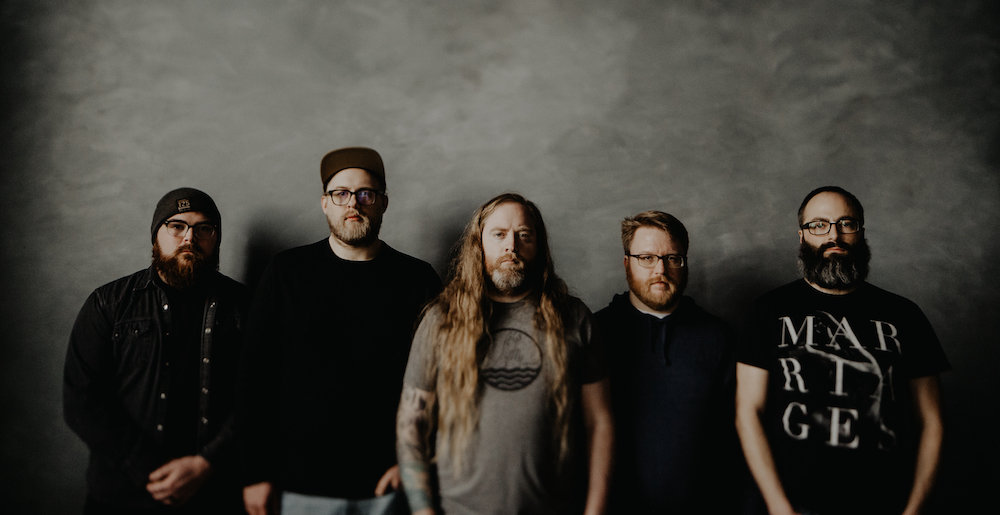 Track Premiere: Earthrise Emerge “From Below” on Post-Metal Epic

Today, MetalSucks queues up “From Below,” the second track on Until We Rest, for early listening. Earthrise tell us about the track:

“Until We Rest Beneath the Winter Way frames vignettes into the life and times of Laika, the first animal sent into Earth’s orbit. Each track on UWRBTWW represents a slice in history, as she endured it. The album culminates with her launch aboard Sputnik II, the second major event in humanity’s reach to the heavens, symbolized by a lifeless canine body orbiting the Earth for months on end —a somber meditation on humanity’s innumerable self-inflicted tragedies, as if stuck in orbit, forever.

“Due to political pressure fueled by the success of Sputnik I, the same engineers were forced to develop, construct, and launch—in one month’s time —the very first life-supporting, orbital spacecraft. The engineering challenges were enormous, but finding the creature they’d send to space was straightforward – they simply needed to look outside.

“Our second single, ‘From Below,’ illustrates Laika’s time as a stray on the streets of Moscow and her swift capture by the Soviets. The immediacy of launch meant there was little time for her proper care and humane testing, let alone guarantee of her return. Her capture sealed her fate and marked the beginning of the end of her story.”

“From Below” is a 10-plus-minute epic that takes its time building to a heavy peak, highlighting the sense of immediacy that Earthrise mentioned earlier. They’ll get to tell Laika’s full story soon; Until We Rest Beneath the Winter Way is out on October 14.

Sponsored Links from Across the Internet
Show Comments
Related Articles
What the...?? 0
BOOZE AND SLUDGE: A MATCH MADE IN HELL
November 1st, 2013 at 3:40pm MetalSucks

Two mixologists tell you what to drink as you listen to selections of Midwestern sludge.

Unsigned and Unholy 0
UNSIGNED AND UNHOLY: THE END OF ALL REASON, EARTHRISE, DER HUNDS
July 30th, 2012 at 3:00pm Vince Neilstein

Just because we haven’t posted any Unsigned and Unholy columns […]

Metal Sucks Greatest Hits
660 -
KNEEL BEFORE THE POWER OF ELEPHANTS MARCHING RIFFS
0 -
Navy SEAL Team Six Member: “I Wore My Demon Hunter Patch When I Blasted Osama bin Laden”
370 -
The Top Ten Worst Hair Metal Band Names
1480 -
Being in a Band is for Losers [Scientific Proof]
8790 -
The Top 39 Annoying Things That (Local) Bands Do
0 -
Who are teh “BIG FOUR SCENE BANDS”????