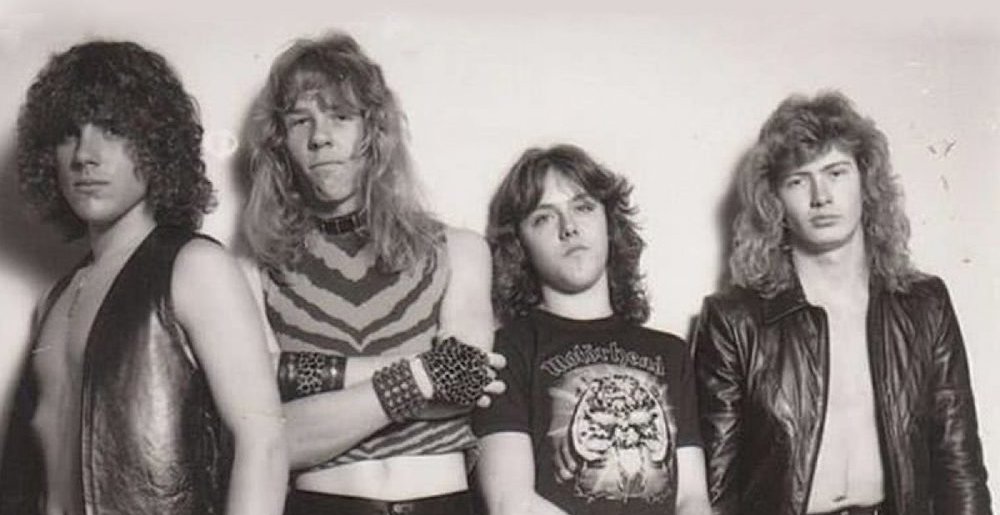 Last week, Megadeth frontman and noted ex-Metallica guitarist Dave Mustaine doubled down on comments he made in his 2010 autobiography Mustaine: A Heavy Metal Memoir that suggested he was the band leader during his time in the seminal thrash band.

While speaking with Classic Rock magazine, he said he was “clearly the alpha male” of the group, painting a picture of a Lars Ulrich and James Hetfield that let Mustaine handle everything.

“Oh no. I am clearly the alpha male between the three of us. Why did I have to do everything when I was in the band? Why did they always ask me talk to the promoters and collect the cash? Why was I the one who had to do the fighting? Why did I have to talk in between songs?”

At first glance, any metal fan’s bullshit sense should be tingling. Mustaine’s statement on its own was cringe-worthy as all hell, it always smacked as a little unbelievable, given both Lars Ulrich’s and James Hetfield’s personalities. And as founding Metallica bassist Ron McGovney recently replied Revolver’s tweet on the story, suggesting that Dave may be misremembering what the reality really was.

Dave talked to the promoters? Collected the cash? James didn’t play guitar before Metallica? That’s not how I remember those days. Just the opposite actually.

McGovney played with Metallica from 1981 to 1982 and shared the stage with Dave Mustaine for some of that time. Even though he quit before Mustaine’s famous ousting, he would certainly know how things went down during his tenure.

It’ll be interesting to see if Dave will respond to McGovney or not. The dude can’t keep Metallica out of his mouth, despite the fact that his band is incredibly successful in its own right.

Metal Sucks Greatest Hits
0 -
The Red Chord’s Guy Kozowyk is a Police Officer Now
0 -
L.A. Band Threatin Faked a Fanbase To Land a European Tour No One Attended
880 -
Anthrax: 101 Singers We’d Rather See Than Joey Belladonna
750 -
Anthrax vs. Axl vs. Anso: The Worship Music Double Review
0 -
Who are teh “BIG FOUR SCENE BANDS”????
1220 -
MetalSucks Exclusive: One Year Later, Peter Steele’s People Speak About His Life, His Music, and His Last Days