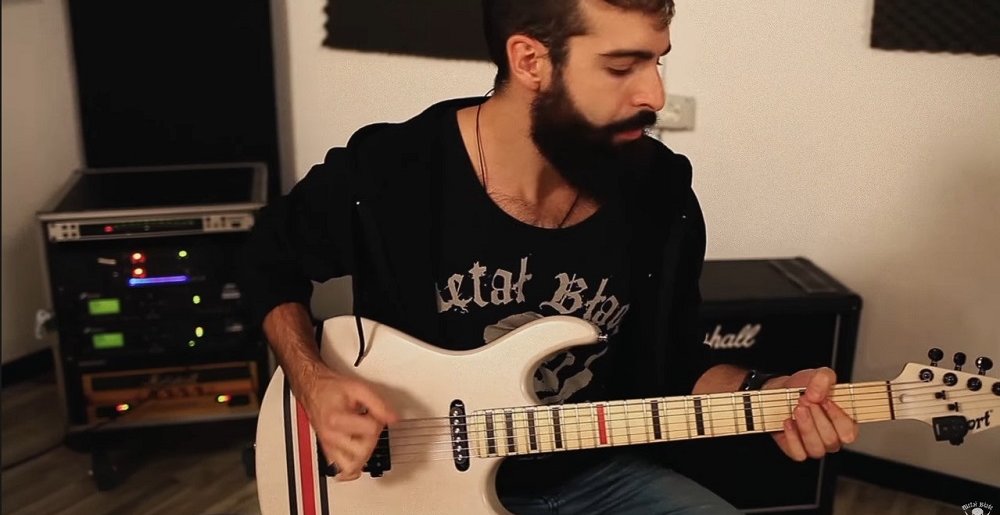 Guitarist Matteo Di Giola from Destrage is our guest this week on The MetalSucks Podcast! In this exciting episode, we discuss the title of the first single and how he feels he is a part of things that currently suck, how trying to communicate in modern times is too much effort for many people, the decision behind signing to Periphery’s 3DOT record label.

We also chat about the band’s Stone Temple Pilots cover on the new album, the story behind Devin Townsend’s guest spot, a analogy that he was told about the difference between cultures in America and Italy, and why he questions the phrase cultural appropriation.

This week’s episode also features a discussion between Petar, Jozalyn, and Sylvia about some of the week’s big headlines, including the tragic passing of Soilwork guitarist David Andersson, our thoughts on The Black Dahlia Murder continuing on without Trevor Strnad, and Tommy Lee overcharging his fans to join his OnlyFans page.

Get your fill of horror movies, brutal metal, and Revocation's David Davidson on this bonus episode.

Metal Sucks Greatest Hits
3680 -
Korn III: Remember Who You Are Listening Party Report
0 -
The Top 25 Modern Metal Frontmen: The Entire List in One Place
0 -
The Hard R: God Forbid’s Dallas Coyle Blogs on Life, Liberty, Hilary Clinton, and The Pursuit of Chicken
0 -
The Secret 2 a Successful Career in Music
820 -
Rigged: Dream Theater’s Mike Mangini Takes You Through Every Piece of His Mega-Drumkit [Part 1]
0 -
If You Like Bass Dogs, You’ll LOVE Drum Fish