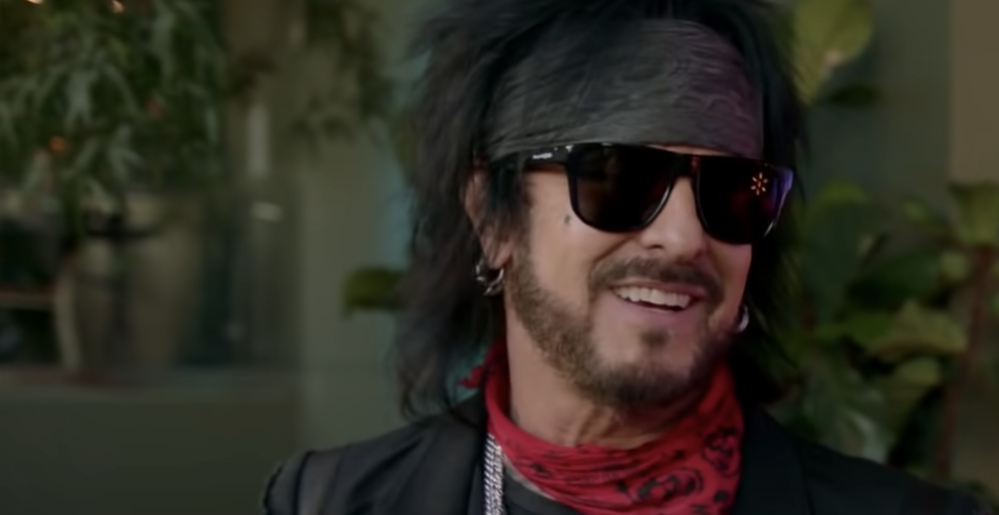 Nikki Sixx on Ending Mötley Crüe Retirement: “How Can You Say No to Stadiums?”

Hair metal heavyweights Mötley Crüe just wrapped up a 36-date stadium tour with fellow glam legends Poison, Def Leppard and Joan Jett and boy, oh, boy has it been one hell of a summer for the aging rockers. We’ve seen some of their worst (and most questionable) performances, Tommy Lee‘s dong and found out that rock ‘n’ roll isn’t dead, and Mötley Crüe are having a blast.

In a new interview with Entertainment Tonight regarding the band’s resurgence following the release of The Dirt band documentary, bassist Nikki Sixx expressed his gratitude to be able to tour 41 years into the Crue’s career.

“It’s been unbelievable. I’m so grateful to be doing this, and it started, like, three years ago when the movie came out — two and a half years ago. We kind of, we broke up the band. We just decided to quit touring. We’ve been doing it for, god, 35 years at that point.”

While he’s glad to be on the road now, Sixx says that he took the band’s commitment to fans who paid money to see their last shows after the band signed an agreement to stop touring in December 2015.

While Mötley Crüe don’t have an official touring plans queued for for 2023 yet, Def Leppard’s Phil Collen said that they would tour Europe with Mötley Crüe in 2023.

120 shows is a third of a year, which is a lot for even a young, energetic band, let alone one where the youngest member is nearly 60 and the oldest is 70. The Crüe have struggled to function as a live band for a long time now and I doubt spending four months on the road is going to help that.

If that’s not your speed, you can get the skinny on Tommy Lee’s OnlyFans instead.

Metal Sucks Greatest Hits
660 -
KNEEL BEFORE THE POWER OF ELEPHANTS MARCHING RIFFS
3220 -
What is UR Favorite Classic Nu-Metal Band??
0 -
The Top 25 Modern Metal Frontmen: The Entire List in One Place
0 -
Editorial: Slayer Should Become Professional Songwriters
0 -
The 110% Totally True Confessions of a Left-Wing Conspirator
710 -
Metta Mind Journal with Cynic’s Paul Masvidal: Hair Identity and Being Yourself