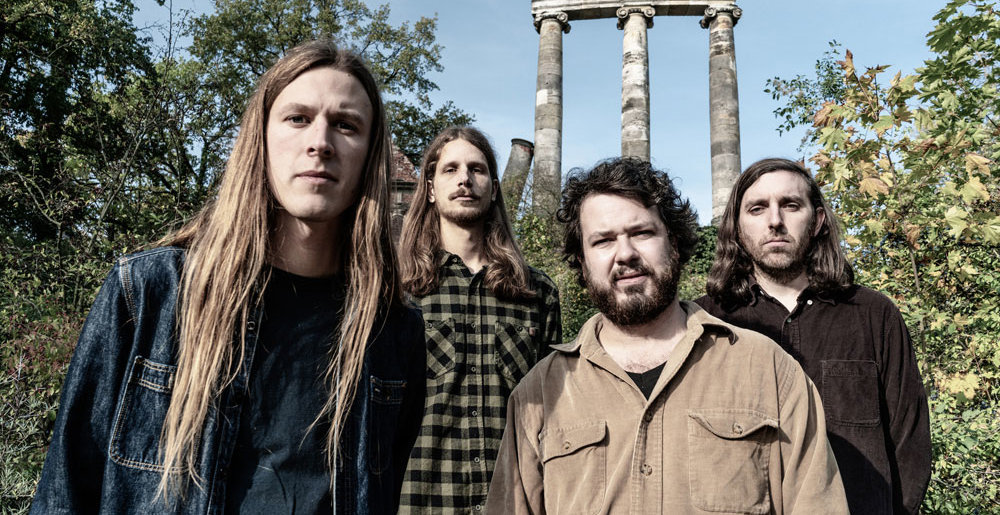 As scores of shoppers trample each other in the streets looking for the latest and greatest shit that their stupid kids don’t need this Black Friday, you can take solace in knowing that you’ve got new music from Elder in the form of the band’s newest album Innate Passage.

Elder’s founding guitarist and vocalist Nick DiSalvo said the new record attempts to look at the real world and the last few years through a different prism.

“This record channels the surreal world we live in from a fantastical point of view, not super-literally, and how we as humans processed that; everyone on their own passage through time and space and whatever version of reality they chose for themselves,” in a press release. “The phrase ‘Innate Passage’ appeared to me when writing the record. Passage and transition are necessary in the human condition and this process is intrinsic to us.

“All the growth and introspection we underwent in the past few years totally made this apparent to me more so than any other experiences in life so far.”

The five-track album will be available as a double LP 180-gram colored vinyl, on CD, and digitally. Innate Passage will be out November 25, with preorders through Stickman Records opening on October 21.

Didn’t see this one coming.

New Stuff 0
There’s a New In Flames Album Coming and We Have an Exclusive Vinyl Variant
September 15th, 2022 at 10:00am Hesher Keenan

You can hear the second single, “Foregone Pt. 1” today.

Metal Sucks Greatest Hits
0 -
I Watched Rock of Ages so You Don’t Have To
0 -
Watch This 10-Year-Old Girl Shred Through Slayer’s “War Ensemble”
2780 -
Jumping Darkness Parade: Eyal on Bands That Can’t Duplicate Their Album Live
0 -
Debunking the Myth that Guitar Hero Made Dragonforce
0 -
Comedian Rob Delaney’s Open Letter to High on Fire’s Matt Pike
0 -
And Now, Here’s a Couple of Dudes Playing Slayer on Pre-School Instruments