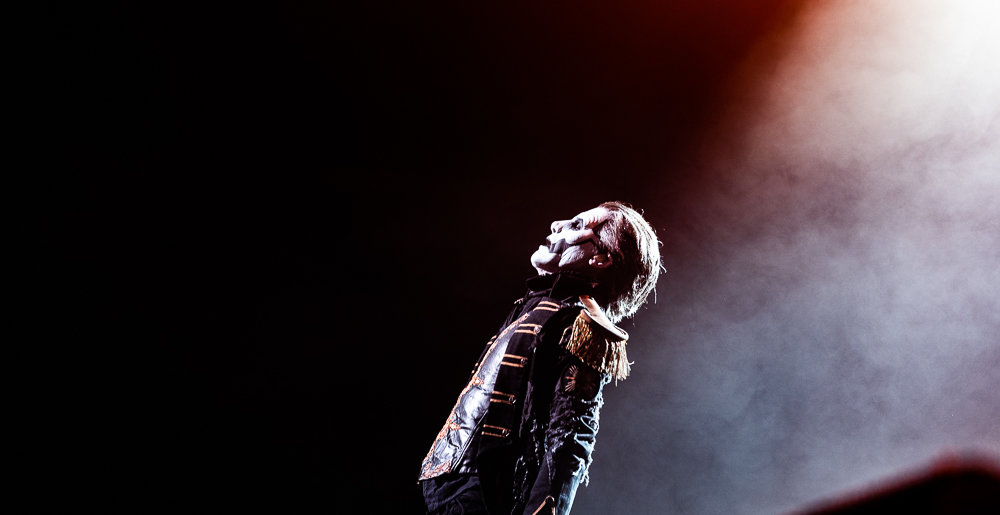 Stop me if you’ve heard this before, but Ghost‘s song “Mary on a Cross” has been pretty fucking popular lately. After finding success and viral attention thanks to TikTok users playing the song as a backing track to their TikToks (TikTok videos? Whatever), the 2019 Ghost track has seen its streaming numbers soar.

It’s gotten to be so much that the song just recently hit Billboard’s Hot 100 list for the first time since its release, is currently number 44 out of the Top U.S. songs according to Spotify, and the band re-released a slowed down version, since that’s what the kids have been doing on social media.

Well, still looking to push the song to new heights, the Swedish band that’s ever-popular among our readers has released an official live video of the song from their recent stop in Tampa, Florida.

Tomorrow’s show in Green Bay, Wisconsin marks the final stop for Ghost’s Imperatour, which included Mastodon and Spiritbox on the bill.

Say what you will about Ghost, but their shows are always a good time. Having seen them in small venues way back in the day, it’s amazing to see just how huge their performances have gotten. I remember reading some early interviews with Tobias Forge where he said he wanted the show to be grandiose in size and scale. At the time, I just remember thinking “good luck, bud.” But here we are.

You can check out the clip below to see fans of all shapes, sizes, and genders singing their hearts out to “Mary on a Cross,” which should serve as a reminder that Ghost is on top of the world right now and your band is stuck in the drummer’s garage.

Metal Sucks Greatest Hits
0 -
It’s Time to Stop Thinking of Women in Metal as WOMEN in Metal
0 -
Jack Daniels Releases Single Barrel Whiskey in Honor of Motörhead
1220 -
MetalSucks Exclusive: One Year Later, Peter Steele’s People Speak About His Life, His Music, and His Last Days
2080 -
The History of Metalcore/Screamo
0 -
Someone Made a Lemmy Doll from a Mr. Potatohead
0 -
Ex-Attack Attack! Vocalist Caleb Shomo is Smarter than John Holgado