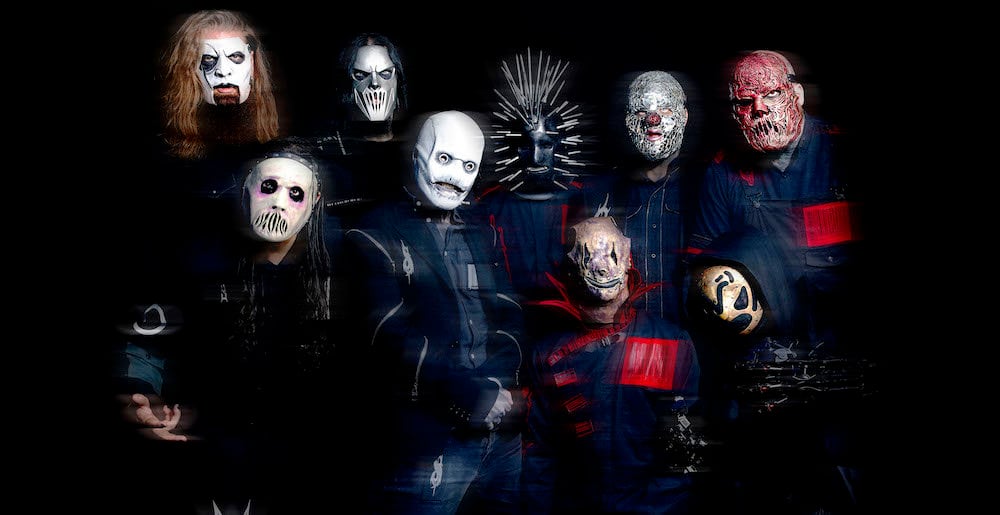 Just a few days stand between the world and the next Slipknot record The End, So Far and to remind everyone that something dark is on its way, the nine-piece from Iowa posted a teaser to their social media accounts that’s equal parts dark, brooding, and ominous.

With a simple message of “9 Days: Adderall,” the band posted a 60 second clip that starts out with a cabin in the woods before showing different shots of the band over the years, a woman in a dress, two figures holding each other while on fire — you know, the kind of stuff you’d expect to see on a small grainy television in the woods.

As for the music, it has a dark droning synth sound to it for a while before Corey Taylor’s vocals cut in, heavily processed with reverb and other effects to make him sound ethereal. It all comes to an end with a simple drum beat and a strange little melody.

For sure, this teaser is pointing to a more brooding, rather introspective sounding album opener, rather than the loud, angry, and bombastic tracks we’ve grown accustomed to from Slipknot.

Who knows how this album’s going to be received when it comes out, but we’ve already heard some killer songs like “The Chapeltown Rag,” “The Dying Song (Time to Sing)” and “Yen,” so I’m sure it’s going to be a killer release.

The End, So Far will be available on September 30, but you can preorder your copy today.

Slipknot’s The End, So Far:

Metal Sucks Greatest Hits
0 -
This Dude Sounds EXACTLY Like Layne Staley
0 -
L.A. Band Threatin Faked a Fanbase To Land a European Tour No One Attended
0 -
So As it Turns Out, Banging Your Head a Bunch Can Be Bad for Your Brain
0 -
Taking Risks
2510 -
Rose Funeral: The Uno Incident?
180 -
On U.S. Vs. European Record Release Dates