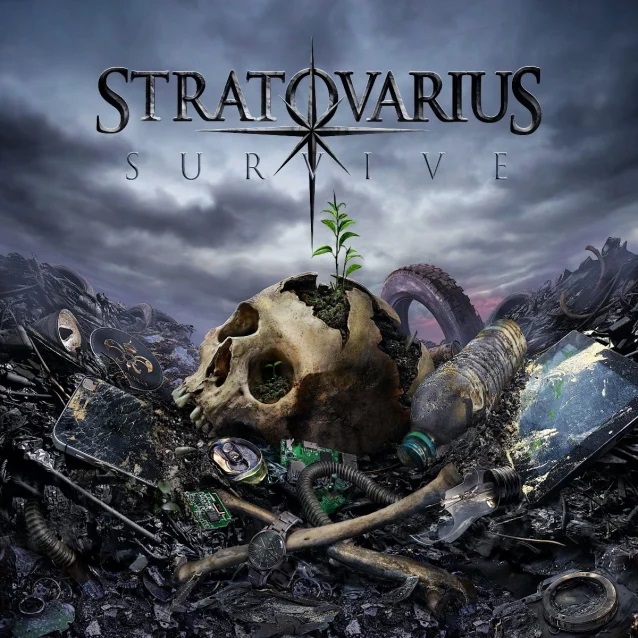 Review: Stratovarius Prove They Can Do More Than Just Survive With This Killer Album

Regardless of your personal opinion of the oft-divisive fantasy lands of power metal, you’d be a fool to call Stratovarius anything other than the pacesetters. They’ve overseen (and provided) some of the highest highs that the genre has to offer and now, seven long years after the last effort Eternal, Survive becomes the newest piece of the band on display for our approval; though there’s certainly an irony to that name.

Here’s the thing, Stratovarius have never been in what you’d call “survival mode.” Even at the point of having a third recognizable long-term line-up after 40 years, Stratovarius aren’t scrabbling around for fragments of former glories to glue together and create an homage to the name they’re carrying. Each version has had its own strengths and nuances but has still been indisputably Stratovarius – and more than worthy to continue bearing the torch.

There’s no better proof of that point than the title track itself. “Survive” steps up to the plate first and drives one into the next ballpark, a perfect blend of modern heaviness and classic catchiness embodying the old while embracing the new, that isn’t caught out by the equally cutting edge “Demand” that triumphantly follows it.

“Broken” and “Firefly” twin 80s radio-rock sheen with deft ballad weaving and slightly cheerier but no less fiddly intricacies respectively, the two acting as a mightily effective springboard to the sheer tidal wave of sound that is “We Are Not Alone.” It’s a brilliant, purist bit of no-nonsense power metal that emphasizes a grip of the genre fundamentals so vice-like you could use it for woodworking projects.

“Frozen In Time” brings a melodic symphony that literally hits all the high notes, though the ridiculous range of Timo Kotipelto almost feels a little shackled by the over-polishing that has crept into the last few tracks. Thankfully, we get the version of it we should have just a few songs later, “Glory Days” meeting the challenge of providing a choir-backed piece of hair-raising majesty without sacrificing the edges to the production value. “Voice of Thunder” is as epic a closer as you could hope for, a rubber-stamped seal of quality that only Stratovarius themselves could create, tying that old-school sound together with all sorts of interesting diversions into the modern heaviness that makes me dread the thought of another seven year wait for more of the same.

Stratovarius are at their best when they are big, anthemic and toeing that power metal self-awareness limit as hard as they possibly can without breaking it, and that is what Survive brings to the table far more often than not. It’s a feast of huge hooks, soaring choruses and an atmosphere so rich you can sink your teeth into it, while never being so over the top that it starts to feel like more cheese than meat. Yes, the edges are a little too smooth in places and some songs don’t half take their time, even by power metal standards – but we can forgive that. With their latest effort, they have set out and proved something that we already knew; Stratovarius are a band built to thrive, not just survive.

I wonder what they’re trying to say with this video…