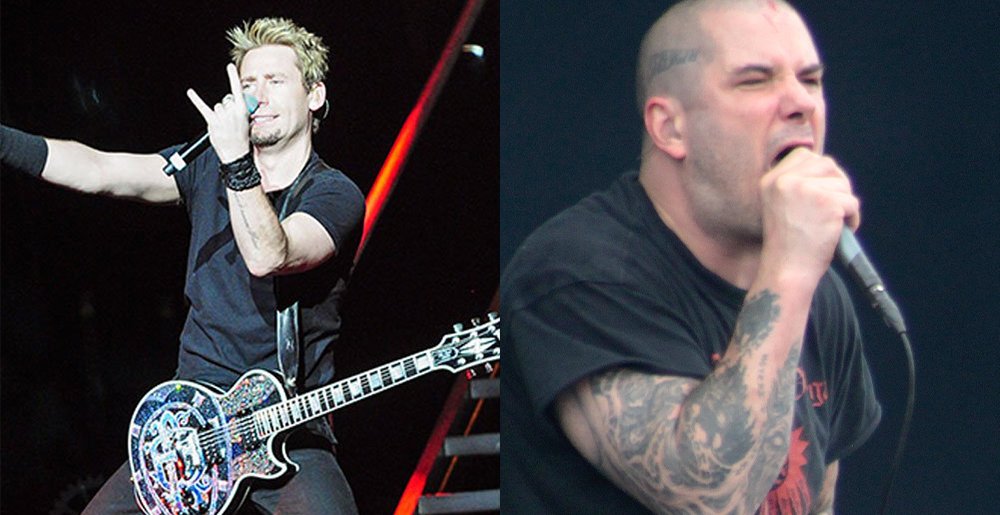 In the latest edition of “What Does X Person Think About the Pantera Reunion” — which is quickly reaching “But What Does Corey Taylor Think” levels — Nickelback‘s Chad Kroeger weighed in on the highly anticipated return of Pantera, albeit with Zakk Wylde (Black Label Society, Ozzy Osbourne) and Charlie Benante (Anthrax) sitting in for the late Abbott brothers.

While speaking with LA Lloyd on The LA Lloyd Podcast (as transcribed by Blabbermouth), Kroeger said he “selfishly [wants to] see those songs performed live.”

“When you listen to a Pantera record and you think to yourself — well, as we thought for the last, I don’t know how many years, since the band broke up — it’s, like, ‘Oh, I’m never gonna get to see these songs [performed] live again.’ And it’s heartbreaking. So the fact that the boys are getting called in from here and there… [I] love Zakk; [I] love Charlie — great, great guys. I think the fact that they’re gonna get on stage and do this… All Phil has to do is just get up there and crush it.

“I would go see that. I would buy a ticket to go see that show. I wanna see it. I wanna scream those songs. And I think that calling it more of a tribute is probably closer to what it’s gonna be, which is great; that’s great. People that love that music that wanna recreate it live every single night… And like I said, as long as Phil brings it, it’s gonna be great. Just to be able to sit back and watch those guys to do it up… And I think all the Pantera fans are gonna love it.

“Anybody who’s sitting back hating on the idea, I think when it comes to town, they’re gonna do the same thing that happens with those people that say they don’t like Nickelback. They always find themselves at the show. Strangely enough — shocker! It’s, like, ‘Ah, I hate those guys. They suck.’ ‘Are you going?’ ‘Of course’ [Laughs]”

It should come as no surprise by now that Kroeger and the rest of Nickelback are actually pretty big fans of metal. Kroeger once said he would do an entire Slayer cover album if he could and Chad’s brother and Nickelback bassist Mike Kroeger once recounted a story where he partied a bit too hard with Dimebag and Vinnie Paul.

As for the apparent Pantera tour, so far we’ve only gotten a few dates lined up, though it only makes sense we’ll get some more tour dates announced as 2023 gets closer. We already know the estates of both Abbott brothers have given the tour its blessing and original Dimebag guitar tech Grady Champion will provide authentic Dime gear for Wylde to use while serving as a sort of consultant to ensure the guitar tone is accurate.

Yet having seen Phil Anselmo’s performances lately, the guy’s best days are behind him. I’m not saying he’s not good, I just think his vocals are more in line with En Minor than Pantera’s best days. But who knows? Maybe he’s found the fountain of youth and Chad Kroeger can be extra stoked.

If you’d like to try to catch Pantera live later this year, you gotta be in Mexico during the winter — such a hardship, I know. Still, the dates are below:

Sponsored Links from Across the Internet
Show Comments
Related Articles
News 0
Nickelback’s Guitarist Says Bands That Don’t Fully Commit to Metal “Get Tore Up” By Protective Metalheads
December 1st, 2022 at 10:42am Hesher Keenan