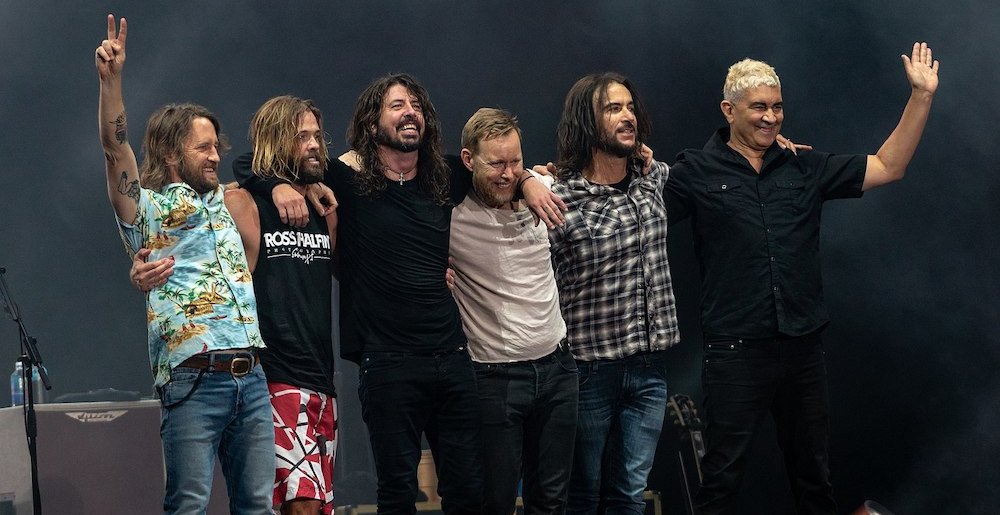 The music community at large lost an iconic figure earlier this year with the sudden and untimely passing of Foo Fighters drummer Taylor Hawkins. As the second most-recognizable member of the band next to frontman Dave Grohl, Hawkins was a crucial part of Foo Fighters and the future of the band was left in doubt following his death.

In a new interview with The Plug With Justin Jay, Foo Fighters guitarist Chris Shiflett said that he thinks there will be a new album in the future, though the timeline isn’t specified. The interviewer asked Shiflett how reporters have handled the subject of Hawkins’ death, wondering if they glossed over the topic altogether or if they’d brought it up (transcribed by NME).

“Most people that I’ve encountered have been respectful about it or try to avoid it. It probably will be [more of a thing] when we ever get around to putting out another Foo Fighters record and go back into the promo boogie woogie.”

Shiflett likens the experience to Grohl’s when he started Foo Fighters.

“I remember that when I joined Foo Fighters, it was 1999 so it was a while after Kurt Cobain had died but I would watch interviewers twist themselves in knots trying to ask Dave [Grohl] about it but not ask. I would think it would turn into that kinda thing.”

Ultimately, Shiflett said that most people have been respectful of the loss of the band’s friend and drummer but he has seen and heard conspiracy-related comments that are both upsetting and disrespectful.

“Taylor was this big character and he meant a lot to millions of people so I get that fascination with [his death] but so much of what I’ve seen out there is so completely wrong.

“There’s people out there saying shit like Dave killed Taylor by making him get the COVID vaccine. You’re going to turn it into that? Fuck you. I try not to pay attention to it but it does make you angry because that shit is just disrespectful.”