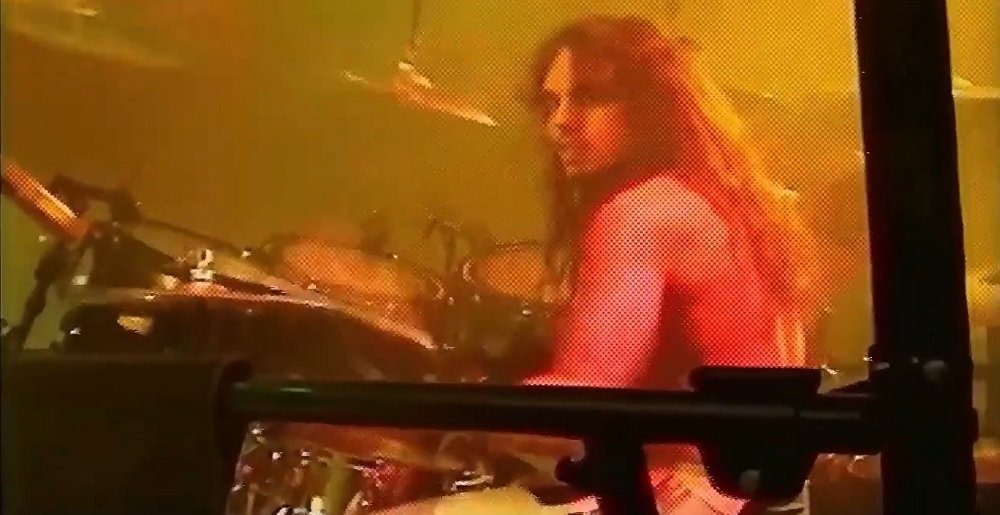 No disrespect to the other guys that have sat behind the skins for Megadeth, but the greatest of all time will always be the late Nick Menza. From crushing songs that came before him to creating insanely intricate and memorable rhythms for some of the band’s biggest hits, Menza was a force of nature with two drumsticks in his hands.

As you’ll see in the previously unreleased drum cam footage below, Menza was able to take a song like “Hook In Mouth” off the So Far, So Good, …So What album and make it his own. This particular footage was during the 1990 European leg of the Clash of the Titans tour, which we’ve previously listed as one of the best Slayer tours ever.

This footage was originally supposed to be used in a three-part series featuring videos from Menza’s personal and private VHS tapes, but it’s now being used in an official documentary on the drummer, titled This Was My Life- The Story of Nick Menza, which is described as an “unflinching exploration into the life of one of the most successful thrash-metal drummers of all time, authorized by the Menza family. From his childhood all the way through to the end of his life including a true blow-by-blow account of the repeated failed attempts of the classic Rust In Peace lineup.”

That lineup was one of the best thrash band lineups of that era, but it was definitely full of issues, including ego problems within the band and heavy substance abuse. If done right, that documentary could be eye-opening.

It’s been six years since Menza suddenly passed away from a heart attack that he suffered while performing in a concert with OHM in California. He was pronounced dead on arrival at the hospital.

As for the documentary, that’s still being worked on by director and editor Holly Mollohan from Screaming Butterfly Entertainment, with former Megadeth bassist David Ellefson signed on as a co-producer. The documentary’s expected to arrive sometime next year, but for now, check out this footage.