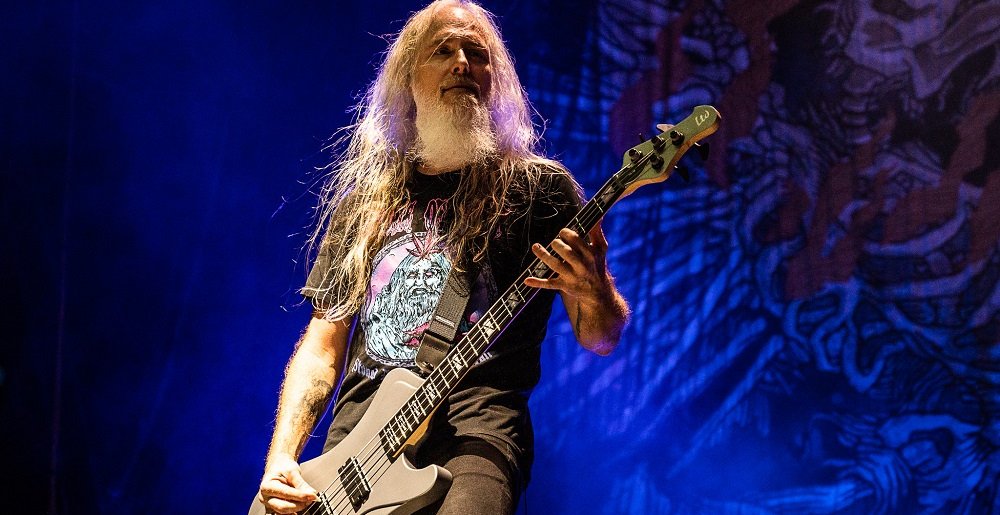 Lamb of God’s John Campbell on The MetalSucks Podcast #459

Fresh off the release of Lamb of God’s Omens, bassist John Campbell sits down with us for another edition of The MetalSucks Podcast! In this week’s episode, Campbell and show host Petar discuss the unique things that can happen during store signings, the various moments of uncertainty whenever change happens within the band, and the difference between putting out the self-titled record compared to Omens. He also explains when a song warrants a guest vocal appearance on it, what it was like to participate in Slayer’s final world tour for two years, if he’d ever been kicked out of a show as a fan.

The pair also discuss what two VHS tapes Campbell still owns, the adrenaline rush that comes with playing new songs live, what he would do with a Grammy award when he finally gets one, the need to talk to “Weird Al” Yankovic at the Grammy Awards, and the importance of the first week sales for a band in the music industry.

Petar and Brandon discuss their thoughts on the possible exit of John 5 from Rob Zombie and Iced Earth’s Jon Schaffer hiding from the Feds.

Metal Sucks Greatest Hits
0 -
Science Explains How Metal Singers are Able to Scream Without Damaging Their Vocal Cords
0 -
Sean Z.’s Twelve Inch Face Pubes Win the MetalSucks Best Beard in the History of Metal Bracket!!!
0 -
That Time Shaun Got Drunk and Filmed a Music Video with His Cat
750 -
Anthrax vs. Axl vs. Anso: The Worship Music Double Review
0 -
Worst Year Ever: All of Our 2012 Year-End Sh*t in One Place
0 -
The Top Ten YARLERS of All Time