Metal Sucks
Metal Sucks Watch Bruce Dickinson Remove a Rogue Fan from the Stage at... The Holidays Will Always Be in Season with The Black Dahlia...
- Tweet SHARE
Enlarge
Viral Vomit 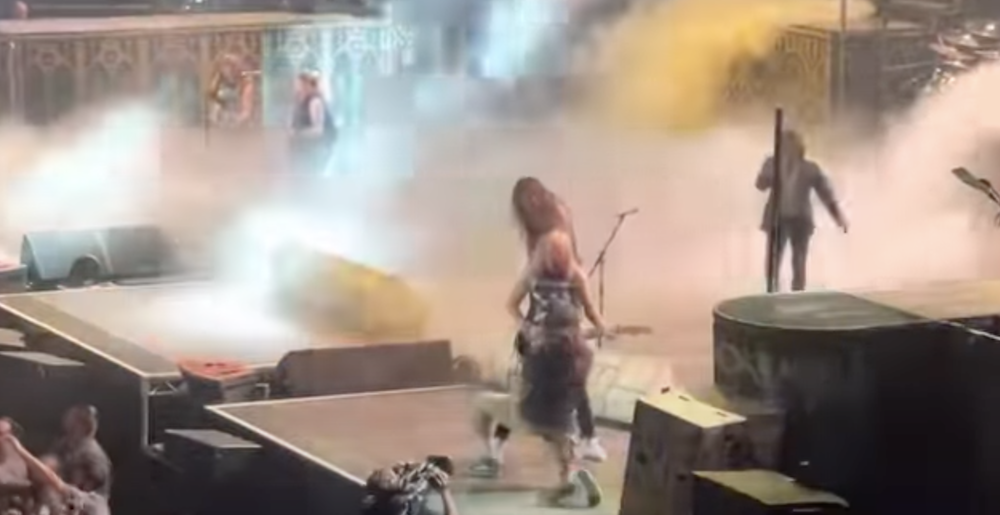 A fan jumped on stage during a performance of “Aces High” at Iron Maiden‘s show at the Honda Center in Anaheim, CA, trying to get the attention of the band members. He first bows to guitarist Janick Gers, who doesn’t appreciate the gesture, before replicating the act with singer Bruce Dickinson. Gers and Dickinson both tried to flag down security but, after that didn’t happen quickly, Dickinson ended up just grabbing the fan himself and removing him from the stage.

The fan was on stage for a pretty long amount of time, but fortunately all’s well that ends well. Iron Maiden recently announced tour dates that will focus on their classic album Somewhere in Time.

“Following the release of our latest album, Senjutsu, we updated the current Legacy of the Beast Tour a little by opening the show with the first three songs from it, with the Japanese Palace stage set. As it doesn’t make a lot of sense to repeat this for a Senjutsu album tour, we thought about other options and we’ve decided to revisit Somewhere In Time as that tour didn’t feature in the various retrospective history tours we’ve played over the years. They were based on our 80’s concert videos and sadly we did not film that tour (blame the manager!!). We have had lots of requests from fans over the years for many tracks on it so we are now going to play them, plus of course a few others we know you will like! It will also be particularly satisfying to finally get to play some of the more epic tracks on Senjutsu, it’s been a long wait! 2023 is going to be an exciting time and we’re really looking forward to seeing everyone again in the UK, Ireland and around Europe.”

Tour de Force 0
Iron Maiden to Forge Ahead with More Tour Dates Next Year
October 6th, 2022 at 9:54am Hesher Keenan