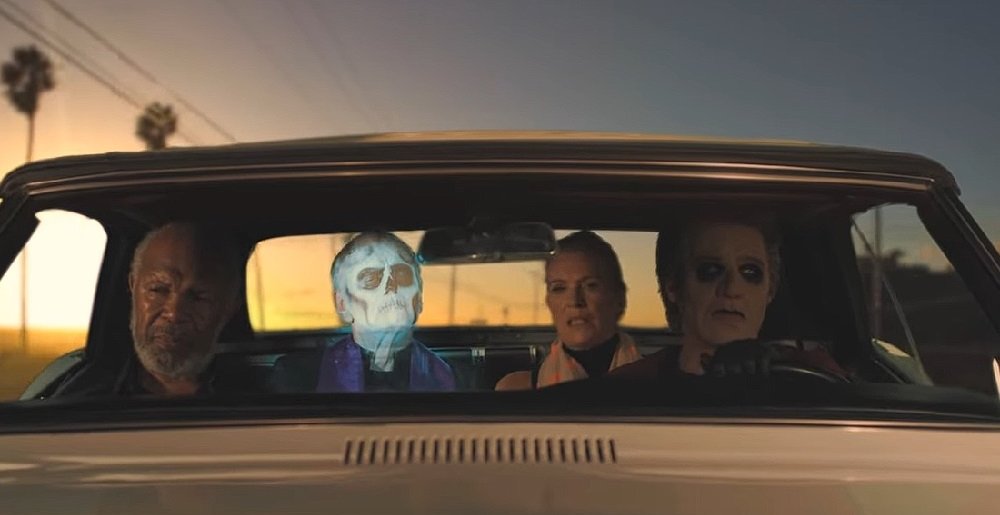 If you’ve been following along with Ghost’s occasional story videos over the years, you know they weave themselves pretty deeply into the band’s overarching lore. Last time we saw Papa Emeritus IV, he was doing some Mr. Miyagi shit on a beach and it was revealed that there’s a European Summer tour coming up, though no dates have been announced just yet.

This afternoon’s video, released less than an hour ago, continues that story. In it, we watch Papa and Mr. Sultarian drive over to pick up Sister Imperator and the ghost of Papa Nihil, who “died” suddenly on stage. There’s brief mention of “Mary on a Cross” trending on TikTok and both Papas farting in the car, though Nihil somehow shit the seat. Weird for a ghost, I know.

Ultimately, after some road games are played, Sultarian stops the fun and ends his statement with “the shows are scheduled — I now when your time is up.” Oh snap. Aside from being a “proper buzzkill,” could that also signal the impending end of Papa IV? Only time will tell.

But what am I doing here? Half of you guys are going to hate comment on this anyway.

Metal Sucks Greatest Hits
0 -
Taking Risks
0 -
I Watched Rock of Ages so You Don’t Have To
0 -
MetalSucks Readers Declare Pantera The Most Unnecessarily Shat Upon Band in Metal!!!
0 -
Incredibly Metal Six-Year-Old Girl Terrorizes America’s Got Talent
0 -
Meshuggah’s Jens Kidman is Now a Meme
0 -
Nazi Imagery: Why Watain and Marduk Don’t Get a Pass While Slayer and Metallica Do