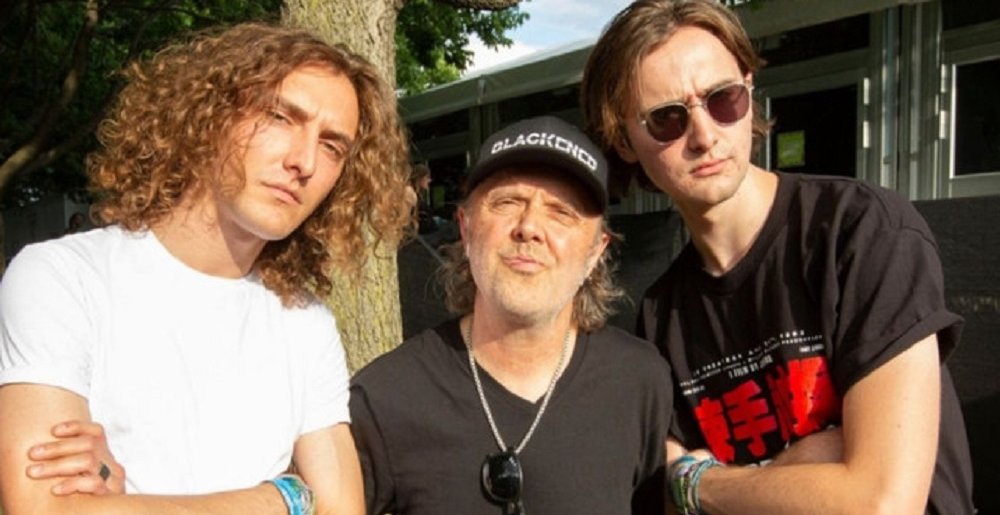 It’s gotta be nice if you’re a young musician trying to make it in the world and your dad is a member of literally the biggest band on the planet. You get special insights that only a Rock and Roll Hall of Famer and multi-Grammy Award-winning dad can give you. Case and point, Layne and Myles Ulrich, whose band Taipei Houston has already been on the road and released a couple singles.

Yet while speaking with Rock Sound in a recent interview, the two young men said they received some useful advice from Metallica’s Lars Ulrich when they decided to form a band. First, Myles said his dad told them that timing was important.

“Yeah, I think especially early on, he gave some advice. That was cool. You know, we played him a few songs and… there’s not really like one soundbite in particular, it was more just like stuff about – you know, ‘Don’t waste time doing this or doing that; don’t take 10 years to make your music,’ like, ‘Get it out there, go show people what you’re doing.’ You know what I mean? Just be smart and time-efficient and the kind of stuff like general industry advice – which is always really good to have, I think, because the music industry is crazy.”

Then Layne chimed in, stating that their father’s involvement in Metallica really highlighted how important it was to make music with people you actually like.

“I think the main thing for us… is being around people who are super passionate about what they’re doing and like are always improving and working on what they’re doing. That’s been just a great lesson. You know, I think for us, artistically, just seeing people who are always trying to continue working and just stay busy with their art. I think it’s been really, really cool in that, for sure, 100%”

Honestly, I just can’t imagine what it’s like to grow up with James Hetfield as your de facto uncle, and so on. The holidays must be bananas.

Taipei Houston will release their debut album Once Bit Never Bored tomorrow, November 4 via C3 Records. You can check out their singles “The Middle” and “As the Sun Sets” below.