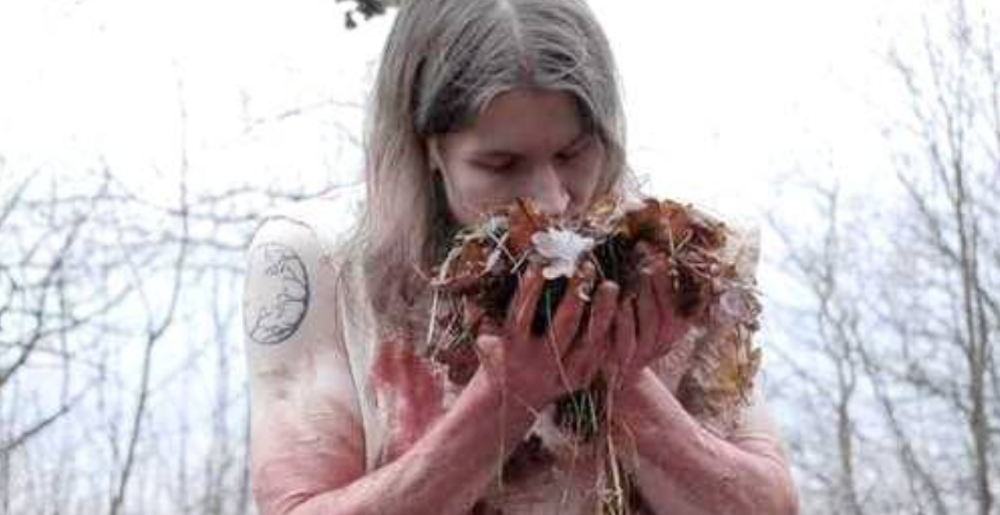 13 Black Metal Songs That Are Perfect for Fall

The French band Nocturnal Depression believes that there are “Four Seasons of Depression.” Yet, for many, autumn in particular triggers especially intense feelings of melancholy. On the other hand, poet Alexander Pushkin stated that fall was not only his favorite season, but also the time of year when he was most productive. Autumn has certainly proved a fruitful source of morbid yet poetic inspiration to countless black metal bands.

Thus, if you are currently suffering from a case of autumn blues, depressive suicidal black metal is the ideal antidote! — At its best, DSBM transfigures pain into sublime works of savage beauty. Although today’s list features mostly DSBM picks, we have also included other types of BM tracks. We could argue about where to draw the line between depressive rock and metal, when to use terms like post-BM, and so on. The bottom line, however, is that we all recognize the various “Nyanser av svart” / “Shades of black” when we hear them. Enjoy these 12 black metal songs that are perfect for fall!

Lifelover’s “Höstdepressioner,” or “Autumn Depressions,” hails from the masterpiece of an album Erotik (2007). “Höstdepressioner” is the very definition of art. It ends with the request for a shot of heroin in the arm or a bullet in the head — anything to secure a quick escape. Kim “( )” Carlsson’s authentic and bleak vocals hit you like a needle to the forehead — a last-resort effort to find a vein when all others are collapsed — on a cold, post-breakup day. This haunting song will truly transport you to another realm.

So Much for Nothing — “Suffer in Silence”

“Holding on to autumn-leaves
But what if autumn never leaves?”

To date, So Much for Nothing has only dropped two releases — a split with the late Trondr Nefas’ incredible band Angst Skvadron and one full-length studio album, Livsgnist (2012). So Much for Nothing began as the solo project of Sarkom’s Erik Unsgaard. Erik contributes almost everything while Vulture Lord and Urgehal’s Uruz plays drums. (Urgehal temporarily reunited this year for some shows, thus we did not write “ex-.”) Livsgnist showcases a variety of special guests, such as Trondr himself and Shining’s Peter Huss. On the epic “Suffer in Silence,” Shining’s mastermind, Niklas Kvarforth, gives the most charismatic vocal performance imaginable. This nearly 12-minute track, which features the violin and cello, includes lyrics in English and Kvarforth’s native Swedish. As if confronted with a familiar face or a morbid inside joke, we smile upon hearing a Shining-esque sound clip of crying girl. “Suffer in Silence” boasts the line “Låt oss ta allt från varandra!” — the name of Shining’s most popular hit.

“Every idiot passing by is a potential enemy.
I stare hatefully towards every single one of them.
Wishing someone would gaze back at me.
And give me a reason to unfold my expandable baton and beat him to death.”

“I skuggan av mig själv” comes with a rather thought-provoking video, which is perhaps beyond the limits of what we can share here. It is worth noting that A Life Woth Losing‘s next track, Livets dystra gång, begins and ends with the month of October.

For those who don’t know, Ved Buens Ende is the Proust of black metal. “Autumn Leaves” hails from Ved Buens Ende’s sole album, Written in Waters (1995). This avant-garde classic is one of the greatest and most distinctive BM records of all time. In “Autumn Leaves,” female vocals combine with Carl-Michael Eide’s voice to help enhance the ethereal, ghostly vibe. It is incredible to think that Eide; his fellow VBE co-founder, Vicotnik; and then-Ulver’s Skoll were so young when they created this mature work.

We couldn’t include “Introduction — Herbstleyd” without also bringing you the nearly 22-minute “Herbst” from Jahreszeiten (2009), or “Seasons.” “Herbst” was written between 2004 and 2009. In the addendum to Jahreszeiten, Ash wrote that this album should not be regarded as black metal. Rather, “It is an attempt to reflect, musically and in the lyrics, the characteristics of the four seasons as well as the sensations of the (‘mental illness’) love in a classical notion and its changes.” However, it seems fair to count Jahreszeiten as Ultra-Elevated Black Metal anyway. Both “Introduction — Herbstleyd” and “Herbst” confirm what we already know: Ash is a genius!

“Emotions storm and shake like an autumn tree in October.
… The only thing I can do is accept that I’m trapped here in this sad existence.
Joy and calm fills my wounded body, but it only temporary.”

Vanhelga is a depressive BM/rock band that has humorously summed up their work as “Positive music for positive people.” “Sorg,” or “Sorrow,” appears on the EP Ångest (2011) and Vanhelga’s from sophomore album, Höst (2012). On “Sorg,” the project’s founder, Jacob Ottosson, operated as a one-man entity.

Hypothermia’s “Svärtade passager,” or “Blackened Passages,” takes you into the “steril höstkyla” / “sterile autumn cold,” where you will experience the razorblade’s bite. This gem constitutes the latter half of the two-song album Köld (2006). “Svärtade passager” keeps us entranced for over 19 minutes. Kim Carlsson’s screams, growls, howls, and other inhuman sounds are as true as death itself while Lustre’s Nachtzeit crushes it on drums. “Svärtade passager” was written between spring 2004 and autumn 2005. This is interesting considering that Kim co-founded Lifelover with the late Jonas Lars “Nattdal”/“B” Bergqvist after a wild night of drinking and self-harm in June 2005.

We just can’t get enough of Kim Carlsson. “Fall” is a single from Kall’s latest album, Brand (2020), or “Fire.” It is absolutely breathtaking! Kall, which rose from the ashes of Lifelover, transcends black metal and creates something wholly unique by fusing elements of diverse genres. “Fall” is a saxophone-laced triumph that burns the colors of psychedelic rainbow. It is reminiscent of a sunset partially obscured by black, twisting branches. The drums hit you with the power of a Shaman’s beat. If you need even more reason to check out this track, know that Kall’s bassist, Phil A. Cirone, plays with the anti-cosmic warriors known as Craft.

Germany’s Nocte Obducta is a must-hear band. If you haven’t become aquatinted with this avant-garde ensemble by now, this is your opportunity. “Herbst: Lenkte einsam meinen Schritt,” or “Autumn: Alone Guided My Step,” is about to take you as if by hailstorm. This track can be found on Nektar: Teil 1:  Zwölf Monde, eine Hand voll Träume (2004), which means “Nectar: Part 1: Twelve Moons, a Handful of Dreams.” Like Nargaroth’s Herbstleyd, this album leads you on a journey through the four seasons.

There are so many other Darkthrone songs that would work here, but “Norway in September” is just perfect. This killer song appears on Dark Thrones and Black Flags (2008). The lyrics were written by Fenriz, and the music was composed by Nocturno Culto. “Norway in September” will sweep you off your feet like an October gust of wind.

Psychonaut 4 describes their style as “post-Soviet suicidal black metal.” This progressive band will catch you off guard with their highly individualistic approach to music. Arising from Tbilisi, Georgia, Psychonaut 4 has earned a global following. Lead vocalist David Graf is an absolute beast. On “Hangover,” Graf screams: “It’s good that it’s autumn.” Fall becomes even better once you decide to play this wild song from Neurasthenia (2016) on loop. The clean vocals, which creep in toward the end to overtake this song, provide an otherworldly element. “Hangover” is followed by the heart-wrenching “Too Late to Call an Ambulance,” which is one of the most memorable and intense tracks available to human ears.

“Tears fall hand in hand together with the autumn leaves.
Misery is everywhere.
It spreads through these fucking snowflakes.“

Although Apati does not receive enough credit, this short-lived band made some of the most intensely rewarding depressive black metal/rock that you could hope to find. “Höst” is the miraculous opening to Apati’s outstanding debut album, Eufori (2009). The lineup on Eufori is enough to kill us: Ofdrykkja’s David Jansson, a.k.a. “C9H13N”/“Pessimisten,” provided some lyrics while the late Obehag and ex-Shining’s Christian “Patient C” Larsson handled all else. (The exception is a guest vocal appearance by Christian Larsson, or “Professor X,” on the final track.)

It would be negligence not to mention that ”Höst” offers a terribly amusing surprise to those familiar with Scandinavian pop culture. Apati borrows a sound clip from Lars von Trier’s outstanding hospital ghost series Riget / The Kingdom. The character Stig Helmer gives a sinister monologue that begins with a bit of singing and ends with the twice-repeated exclamation “Danish scum!” / “Danskt djävlar.” Unfortunately, Stig Helmer was about to fall. Not only did he suffer from poor health, but the phenomenal actor who played him, Ernst-Hugo Järegård, tragically passed away in 1998. We think that this snooty, eternally discontent Swede is a great metaphor for black metal elitists everywhere.

Metal Legacies 0
Darkthrone Would Rather Never Play Live Than Be Rich
November 1st, 2022 at 11:28am Em Shadows

Metal Sucks Greatest Hits
0 -
Ministry’s Al Jourgensen: “I Got Paid to Humiliate Fred Durst”
0 -
The formula 4 good music: Generic, but with a gimmick (*please read*)
0 -
It’s Official: There is Too Much Slayer Merchandise
0 -
The Top 25 Modern Metal Frontmen: The Entire List in One Place
0 -
Science Explains How Metal Singers are Able to Scream Without Damaging Their Vocal Cords
0 -
G.O.A.T. and Your M.O.M.’s “Quack like a Duck” Justifies Humanity’s Entire Existence