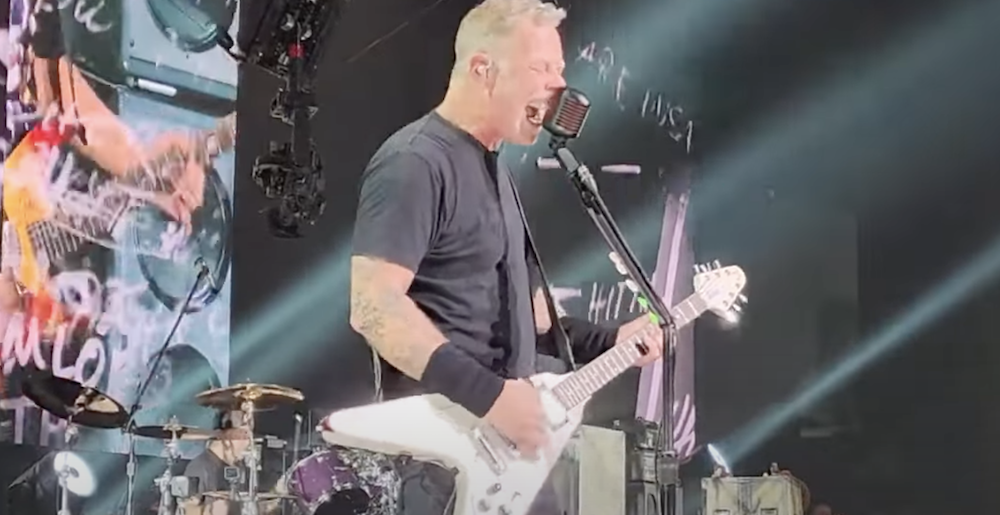 The metal world lost a key figure in February with the passing of Jon “Jonny Z” Zazula, the co-founder of Megaforce Records. Alongside his late wife Marsha, who cofounded the label with him, Jonny Z discovered a young band called Metallica, which led to him releasing the No Life ‘Til Leather demo, Kill ‘Em All and Ride the Lightning.

When they announced the show in September, Metallica said:

“Jonny gave us our first break in New York, released our first albums on his Megaforce Records label, and put us out on the road for our first real tour. With Marsha by his side, Jonny was a mentor, a manager, a label head, and a father figure to us all…. we would not be where we are today without the two of them. Sadly, we recently lost both Jonny and Marsha, just a little more than a year apart.”

Megaforce also released albums from key artists like Overkill, Anthrax, Testament, Ministry, Ace Frehley and others. Check out the official setlist and a few videos from the show below; it seems like it was an unforgettable show.

Metal Sucks Greatest Hits
0 -
The Single Greatest Analysis of Nickelback’s Work Ever Written
0 -
Debunking the Myth that Guitar Hero Made Dragonforce
0 -
The formula 4 good music: Generic, but with a gimmick (*please read*)
0 -
Video: Jon Bon Jovi Struggles to Sing “Wanted Dead or Alive” During Last Week’s Raleigh Show
0 -
Heavy Metal Drinking Games
250 -
Worst Year Ever: All of Our 2011 Year-End Sh*t in One Place