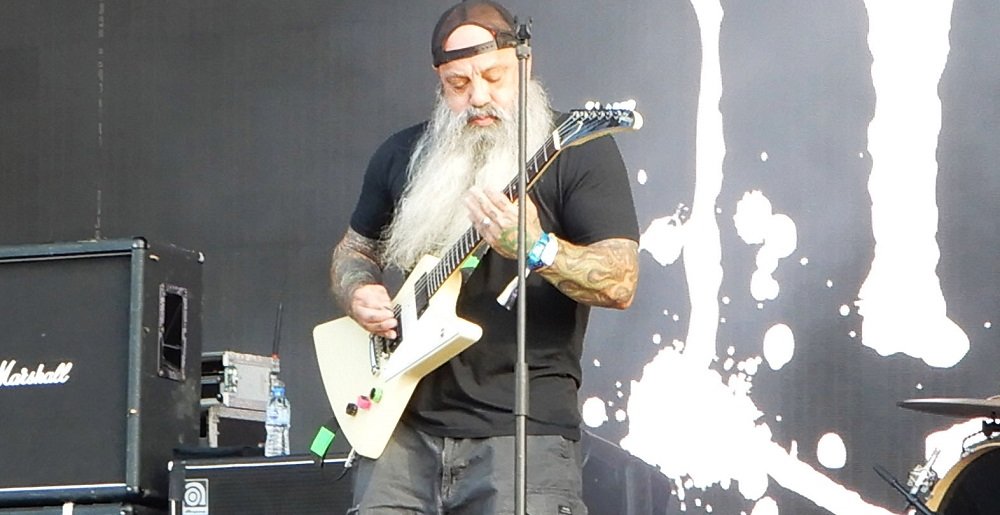 Listen, I know. This is probably the billionth time we’ve shared someone’s opinion about the upcoming Pantera reunion/tribute/whatever you want to call it to help you sleep better at night, but Kirk Windstein of Crowbar and — most notably — the supergroup Down that Phil Anselmo fronts chimed in.

During a recent interview with the Talk Louder podcast, originally transcribed by Blabbermouth, Windstein told music journalist “Metal Dave” Glessner and Dangerous Toys vocalist Jason McMaster that he’s known about the plans to take Pantera back on the road for a while now. And while he’s in favor of bringing Zakk Wylde and Charlie Benante to fill in for the late Dimebag Darrell and Vinnie Paul, respectively, he understands were some fans may take issue with the whole thing.

“The people who are against it, I understand, ’cause the very moment that Phil told us what was gonna be going on, that they were doing this and it’s been planned — we were in Europe with Down [in June 2022] when we found out — and I remember kind of going, ‘But dude, do y’all have to call it ‘Pantera’?’ And I really did ask him. And he’s, like, ‘Yeah,’ he goes, ‘It is. It’s Pantera.’ And I started to think about it. And it never sat wrong with me for even a minute, really, or anything.

“What you’re dealing with here is a situation where, by God, it’s so horrible that Vince and Dime are not here with us, but you’ve got a situation with a band who has not only old-school fans who have not seen them perform since fucking 2001 or whatever the last shows were, you’ve also got an entire new generation, including my bass player, who’s 34 years old but was too young to actually go to a concert, to travel or whatever and go see… He’s such a Pantera freak and a Dimebag freak… And there’s so many younger kids that, this is the closest they’re gonna get to it. And I feel like the fact that they have Zakk, who was so tight with Dime, and Charlie has been so tight with the band forever, filling in for [Vinnie Paul]

“To me, when I think about it, it is a tribute to a legacy. The sad thing about anything in a situation like this [is] you can’t bring the guys back; they’re not with us any longer, Vinnie and Dime. So, to me, are they doing something… pissing on the name or something? Not at all. I think if anything, they’re glorifying it. I mean, the music is too fucking good, too legendary, it was too groundbreaking, they were too amazing to not let people enjoy it.”

Ever since it was announced that Pantera would be brought back from the dead with Wylde and Benante as fill ins, the metal community has been torn. On one hand, you’ve got fans who are excited to finally get to hear those Pantera songs live for either the first time or the first time in 20 years. On the other hand, you have fans that hate the idea since it’s either a “cash grab” or “hurts the legacy of the band” or claim it’s not Pantera without Dime or Vinnie.

To that end, Windstein said he’s noticed a growing trend at shows that makes it seem like there are more people in the first camp than in the second.

“I just played with Down at the Blue Ridge festival and next day we played with Crowbar and I told Phil, I said, ‘Dude, there’s more Pantera shirts at the shows now, and it’s, like, young kids.’ I said, ’22-year-olds who weren’t even born or they were just an infant when you all were done with the Reinventing The Steel touring’ and then the band basically breaking up and then, of course, the Dime situation and everything. And he was laughing. I said, ‘I’m excited about it. I really am.’

“All the haters that are, like, ‘Oh, fuck this shit,’ they’re all gonna be doing this [keeping their arms crossed at first], and three songs in, they’re gonna be fucking doing this [pumping their fists in the air enthusiastically], and everything’s gonna be fine.”

Pantera have yet to announce any U.S. dates, but they’ve been confirmed for various festivals in South America, Mexico, and Europe. Those dates are as follows: