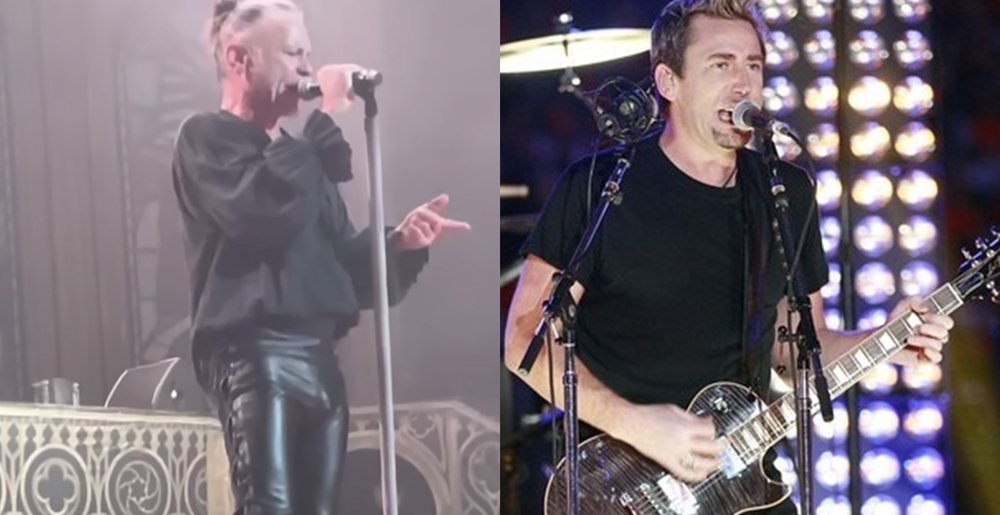 I don’t know about you, but there are two things that come to mind when I think of Canadians: they’re super chill/nice and they’ve had legalized weed for so long, the entire country probably has a background smell of the sticky-icky. So when Nickelback frontman Chad Kroeger came out in favor of weed at concerts, that came as zero shock to me.

His position on rock show ganja came while speaking with Loudwire Nights host Toni Gonzalez. After Bruce Dickinson’s blow up over a fan smoking weed at an Iron Maiden show made waves in the metal community, the question came up about whether artists should really be upset about that sort of thing. While most artists were in stark disagreement with Dickinson, Kroeger went one further, taking a stance that’s basically “hey man, puff puff pass.”

“No, I usually say, ‘Blow it this way.’ You can see, if I’m walking across the stage and I’ve got the microphone, I turn around and go, ‘Whoa, something smells really good right around here!’ I mean yeah, that’s what rock concerts are supposed to be. You’re supposed to get a little bit of that.

“Well not only that, we’ve shot off so much pyro, and the chemicals I’ve inhaled from that… Oof. That’s far worse than somebody exhaling a little bit of pot smoke toward me, that’s not a big deal. It’s only gonna make the show better!”

Say what you want about Kroeger and Nickelback as a whole, but a few things are seemingly true. The dudes are verified metalheads, they’re in on the joke, and with their new album title being Get Rollin’ and one of its singles being “High Time,” they’re definitely fans of the green stuff. And that’s way cooler than being bent out of shape on stage.

News 0
Nickelback’s Guitarist Says Bands That Don’t Fully Commit to Metal “Get Tore Up” By Protective Metalheads
December 1st, 2022 at 10:42am Hesher Keenan