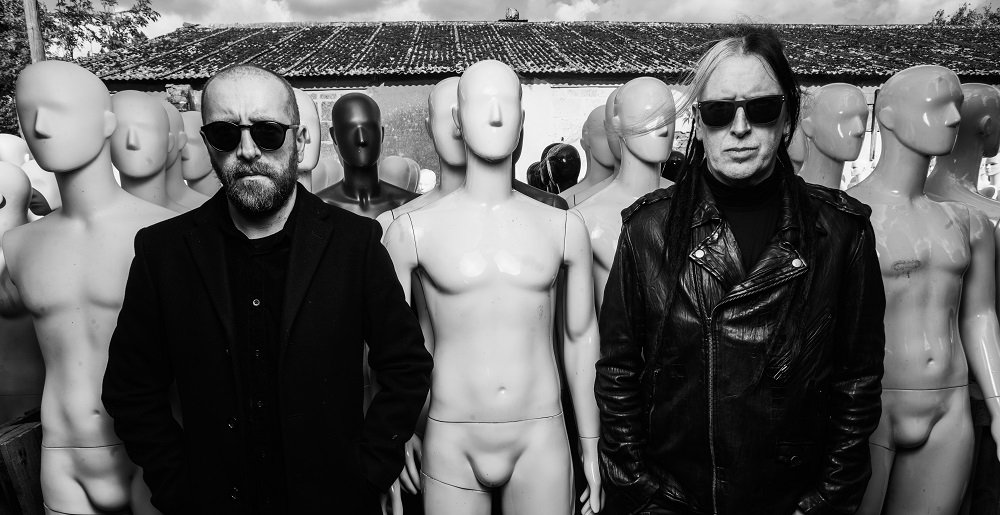 Even though it’s more electronic in nature, some synthwave and dark wave can still be pretty metal. Case and point, Host, which features Paradise Lost‘s Nick Holmes and Greg Mackintosh. With a debut album IX on the way, the brooding act released a new single and accompanying music video earlier today for the track “Hiding From Tomorrow.”

Sharing more musical traits with goth rock artists like Siouxise and the Banshees and The Sisters of Mercy than their other, more extreme metal outfits, both Holmes and Mackintosh lean heavily on the gloomy side of things. It’s at least certainly a departure from the doom metal sound of Paradise Lost and the extreme death metal aesthetics of Bloodbath.

According to Holmes, “Hiding From Tomorrow” has been in the tank for a few years, but is only now seeing the light of day with Host’s upcoming release.

“‘Hiding From Tomorrow’ was one of the first songs we wrote for the Host project and although the title would suggest otherwise, it was written a few years prior to the pandemic. With that in mind, I was thinking about the things that keep you awake at night, and although life is something that should never be taken for granted, uncertainty is a big part of it, and none of us know what’s around the corner.”

Originally, Mackintosh said the band was something he and Holmes “had in mind for a few years but never had the time to do it justice.” And while it’s not exactly directly linked to Paradise Lost’s album Host, the band’s guitarist/synth player/programmer said it’s at least taking that concept and modernizing it.

“It’s part ’80s goth, part electro , part rock, but none of them specifically. The emphasis is on hooks and atmosphere. It’s quite a challenge to make miserable music catchy, and hopefully we’ve achieved that to some degree.”

You can check out the song, as well as their previous single “Tomorrow’s Sky,” below. Host’s debut album IX will be released on February 24, 2023, though you can preorder your copy today via Nuclear Blast Records.