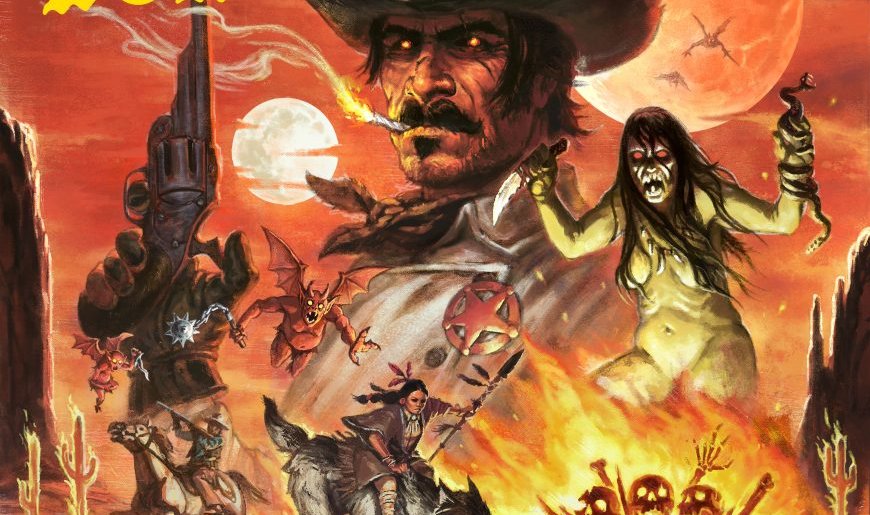 Last week, SpiritWorld dropped their long-awaited DEATHWESTERN album via Century Media. To get listeners pumped, they also released a video for the track “U L C E R.” You can check it out below and get ready for the full record, if you haven’t already.

Those who have been lucky enough to catch SpiritWorld on their recent tours know what to expect when it comes to their weird and unique sound on this album. They channel the Wild West and desert rock sounds of bands like Queens of the Stone Age, but in a way that is heavier and more hardcore influenced.

You might think that to make this work, the band get rid of the cheesiness factor that often comes with desert rock. Wrong: they lean into it, but it somehow works. The rockstar, sunglasses inside aesthetic combined with the heavy riffs somehow works very well. And the Western-fueled sound that comes through their music is somehow just what the doctor ordered for fans of the heavy and experimental.

Follow the band and get the album here. Stay tuned for more announcements, and hopefully more tour dates, in the coming year.

Sponsored Links from Across the Internet
Show Comments
Related Articles
New Stuff 0
Lacuna Coil Dropped a Single and We’re Really Nostalgic About It
September 17th, 2022 at 9:00am Mandy Scythe

You used to dance alone in your bedroom to the original release of Lacuna Coil’s Comalies. Come on, you know you did.

Metal Sucks Greatest Hits
0 -
Oderus Urungus from GWAR Reads Goodnight Moon
1210 -
MetalSucks Exclusive: Behemoth Frontman Nergal’s First Interview Since Being Diagnosed with Leukemia
0 -
Which Bands are “The Big Four of Death Metal”???
0 -
Incredibly Metal Six-Year-Old Girl Terrorizes America’s Got Talent
0 -
I Watched Rock of Ages so You Don’t Have To
0 -
Debunking the Myth that Guitar Hero Made Dragonforce