Metal Sucks
Metal Sucks Joey Belladonna Performed the National Anthem at... These Are the Metal Bands Nickelback Think They Could Cover
- Tweet SHARE
Enlarge
Metal in the Media 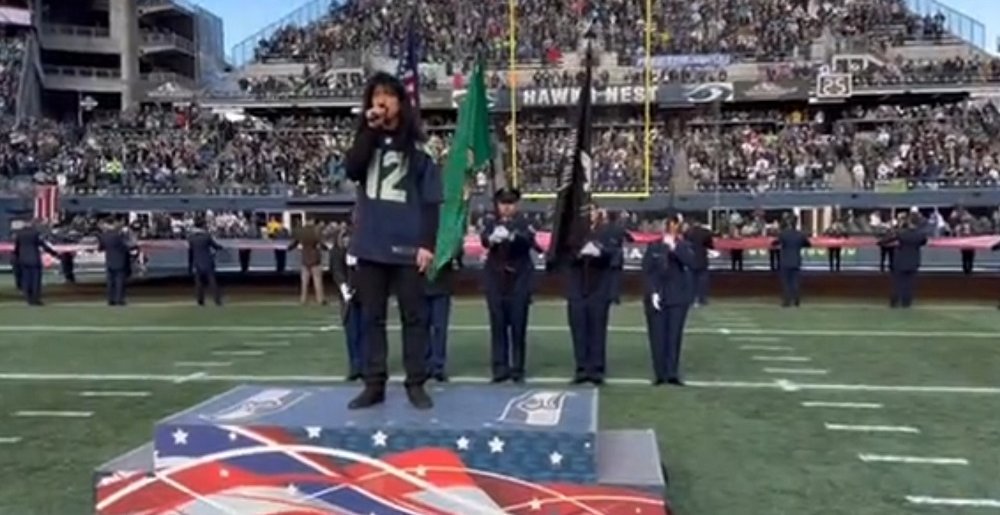 It should go without saying, but a sport where dudes literally try to hit each other as hard as possible for three or more hours can be metal as hell — though CTE and concussions aren’t. It’s not uncommon for bands and metal musicians to offer their services during the pregame and halftime festivities. Just earlier this year Ozzy played a short set at the league’s opening game halftime show and Creed… well, Creed did a thing 21 years ago…

At yesterday’s Seattle Seahawks vs. Las Vegas Raiders game, Anthrax vocalist Joey Belladonna performed “The Star Spangled Banner” at the Seahawks’ home stadium, Lumen Field in Seattle. It should be unsurprising at this point, but Belladonna absolutely knocks it out of the park, to use a different sports euphemism. And while this NFL is different from the one Anthrax is used to dealing with on a regular basis, the dude’s a professional and one hell of a singer, so a good performance was never in doubt.

Anthrax are rejoining Black Label Society early next year for another 24-date tour throughout the U.S. and parts of Canada, with Exodus tagging along as support. In what proves to be one hell of a tour, the slate of dates will start on January 17 at the Revolution Concert House in Boise, Idaho and will come to an end at the Fox Theatre in Oakland, California on February 18. Be sure to check out the dates below and grab your tickets and VIP packages today.