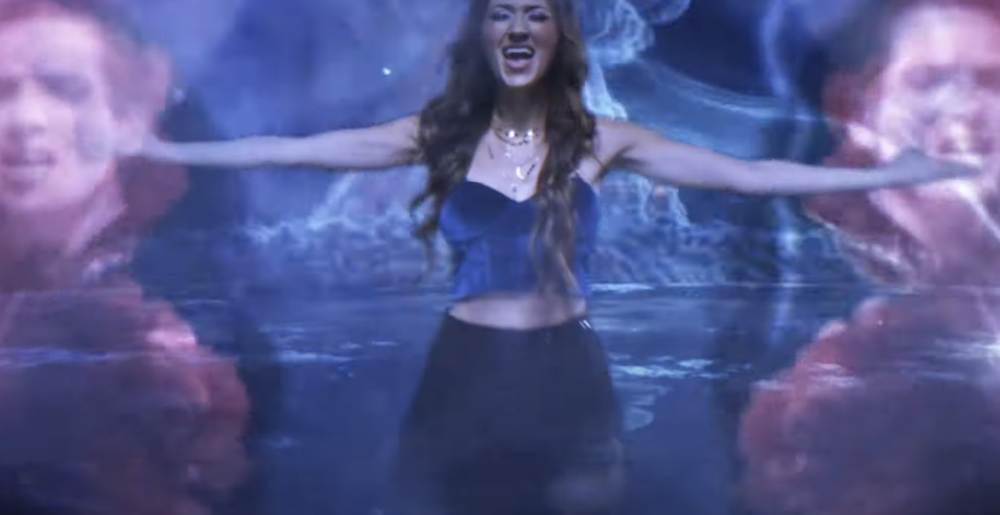 In August, Dutch symphonic metal vets Delain announced their new lineup after four-fifths of the band went their separate ways in early 2021. Original keyboardist and band founder Martijn Westerholt was joined by original guitarist Ronald Landa and original drummer Sander Zoer, new singer singer Diana Leah and new bassist Ludovico Cioffi. The new version of Delain released a single, “The Quest & the Curse,” and said that the future of the band was bright but didn’t reveal anything else.

Now we know the band’s seventh album is titled Dark Waters and is slated for a February 10 release via Napalm Records. They’ve also released the album’s second single, “Beneath,” alongside a video. Leah is definitely still the highlight of this incarnation of Delain—her voice soars next to the bright keyboard melodies and fist-pumping chorus.

Westerholt had this to say about “Beneath:”

“’Beneath’ is a perfect ambassador of the album and Delain as a whole because it encapsulates almost all of the recognizable Delain elements you will find on the album.”

Regarding Dark Waters, he added:

“This album captures all elements Delain is known for – our distinctive heavy guitar riffs, massive orchestral parts, both heavy metal and pop vocals, rock opera vibes along with 80s synth sounds.  In short, this is definitely a recognizable Delain album that contains classic ‘Delain elements’ while also moving forward with fresh influences.”

Metal Sucks Greatest Hits
0 -
Viral Drummer Nandi Bushell Pays Tribute to Taylor Hawkins: “Thank You for Looking After Me”
0 -
A Sh*tstain on the Ass of the Universe, #28: Lie or Liar
0 -
If You Like Bass Dogs, You’ll LOVE Drum Fish
0 -
Rigged: Jeff Loomis
0 -
L.A. Band Threatin Faked a Fanbase To Land a European Tour No One Attended
0 -
The 110% Totally True Confessions of a Left-Wing Conspirator