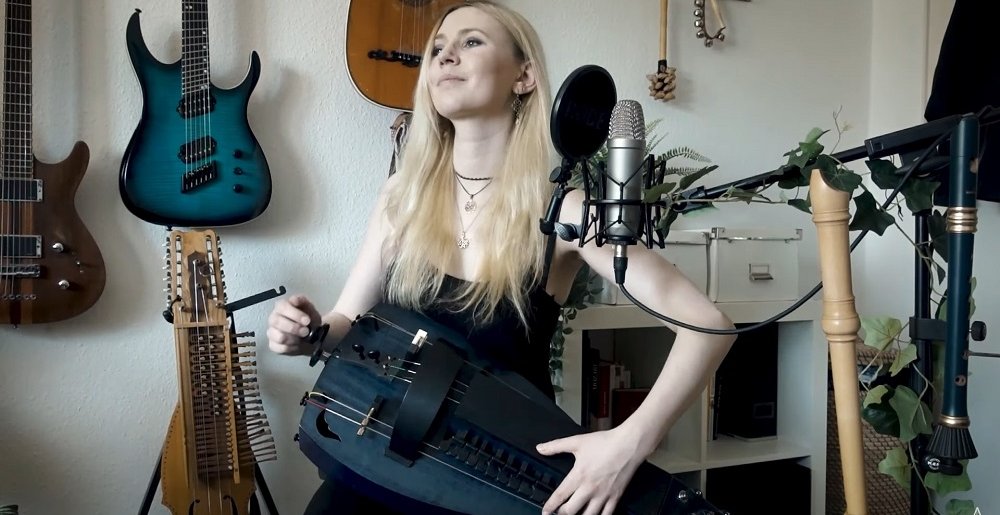 The hurdy gurdy is one of the weirder musical instruments to make its way into rock and metal in recent years, but in bands like Swedish folk metal band Eluveitie, it just works. That’s thanks largely to the style of metal being played, but also to the player themselves.

Case in point is Eluveitie’s newest member and relatively successful TikTok user, Annie Riediger. With more than 172,000 followers and 1.2 million likes on the social media platform, she’s carved out a little niche for herself as the blonde-haired hurdy-gurdy player that can play “Greensleeves” one moment and “Through the Fire and Flames” the next.

In one of her more recent clips, Riediger takes a stab at the somewhat controversial Rammstein song “Deutschland” and absolutely nails it. What’s cool about this cover is it’s less her playing to a backing track, but more that she plays multiple parts within the track thanks to the TikTok app’s ability to layer clips over one another.

You can check out Annie Riediger’s cover of “Deutschland” below, whether you have a TikTok account or not. But if you do, be sure to check out her other rock and metal hurdy gurdy covers. You’re sure to fall down a rabbit hole.