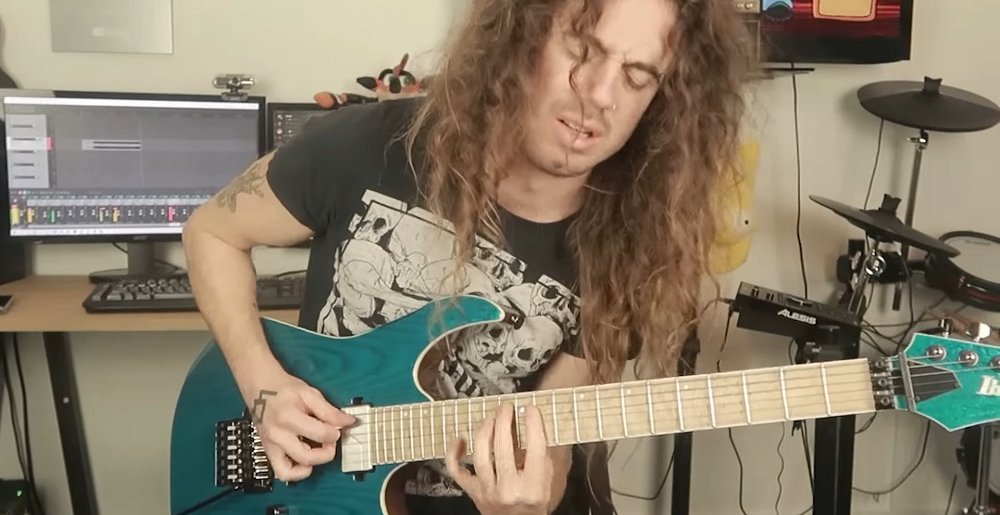 It’s been a little over 24 hours since Metallica dropped their bombshell announcement of a new album, new tour, and the release of their first new single in six years “Lux Æterna.” On first listen, the song rips with a feeling that’s kind of a mix between Hardwired… To Self-Destruct and Kill ‘Em All in a sense. Lots of old school thrashiness to go around.

But aside from the middling drums, because let’s be real — that’s to be expected from Lars — can we quickly talk about Kirk’s solo? It’s kinda… boring? Milquetoast? Just alright? His output’s been pretty spotty for a while now, but for the band’s first song right out the gate, you’d think they would have asked for a little more juice from their lead guitarist.

Yet thanks to the power of the internet and the wealth of absolutely bananas guitar players out there, we’re sure to get countless people recording their own solos over the song. It’s only inevitable and one of the first examples has already hit the interwebs.

British YouTuber Bradley Hall uploaded a 36 second video to his YouTube and Instagram page that shows what a “spicier” solo could have been for “Lux Æterna.” That clip, posted below, is a slight departure from his normal content where he makes metal comedy videos about how bands sound to people that hate them and what lyrics would be like if an overly British dude wrote them.

There’s sure to be tons more of these videos in the coming days and weeks, but for now, this solo’s a pretty damn good alternative.

Metal Sucks Greatest Hits
0 -
Worst Year Ever: All of Our 2012 Year-End Sh*t in One Place
0 -
BREAKING: Some Local Band Called Shrapnel are Tired of You Leaving the Show Before Their Set
0 -
West Texas A&M University Launches Course in Metal Lyrics
0 -
Video: Rings of Saturn Guitarist Lucas Mann’s Criminal Abuse of Guitar Pro
3220 -
What is UR Favorite Classic Nu-Metal Band??
0 -
Hallowed Be Thy Game: Brütal Legend is a Love Letter to Heavy Metal