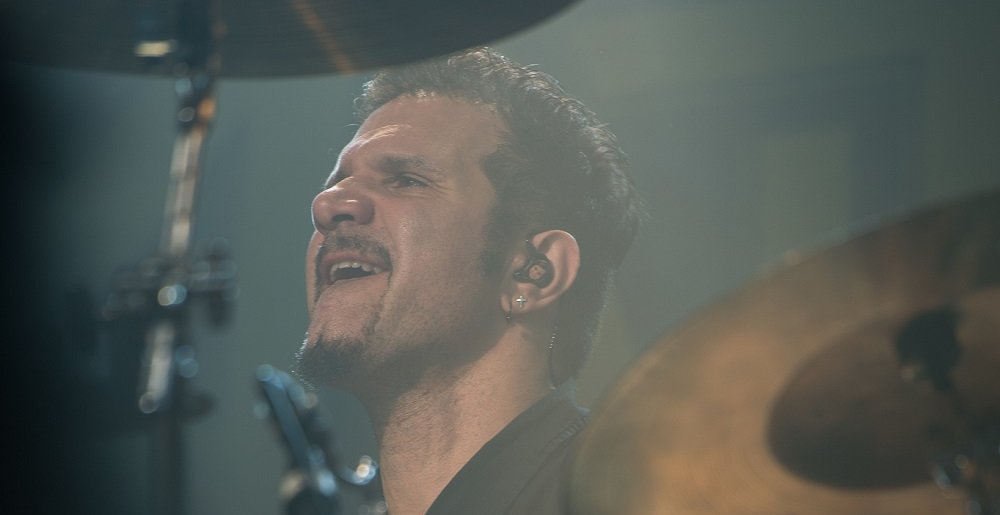 Charlie Benante on Upcoming Pantera Shows: “I Wouldn’t Want To See Anybody Else Up There But Me Doing This”

Panteramania rages on as we are now officially two days from the first Pantera show with the band’s upcoming configuration of classic members Rex Brown and Phil Anselmo with Charlie Benante and Zakk Wylde filling in for the late Abbott brothers. In a new interview with BraveWords, Benante discussed the upcoming shows (including those with Metallica, which he said they kept a secret), how he’s playing Vinnie Paul‘s parts and more.

Benante says he knows that he’s the man for the job and that he didn’t hesitate when Anselmo called him up:

“I’ve always talked to Philip throughout the years… then Phil called me up, and we just talked on the phone. When he said it to me, I said, ‘Absolutely!’ I was ready to do it with them because, as I explained it to him, this was more emotional to me than anything else. It wasn’t about financial gain, or anything like that. I know what those guys meant to me; especially [Dimebag] Darrell, I was very close with him. And the same with Vinnie too. But I would talk to Darrell a lot. The one thing that made me feel good about Philip and Rex, they said, ‘There’s no one else that we wanted to do this but you.’ Not just because of my ability, it goes back to my friendship with these guys throughout the years. That hit me on an emotional level. I wouldn’t want to see anybody else up there but me doing this. After I got off the phone with Philip, I was like, that’s it. I’m getting my shit together and I’m doing this the right way. And that’s exactly how I approached it.”

Rehearsals have been going well too, dispelling the notion that Wylde doesn’t have it totally together.

“We were down there for over two weeks – Rex, myself and Philip. We got together in September. So, we had more hours just playing, before Zakk got there. We were pretty much in sync with each other. By the time that second week came around, we were grooving. People who were there, there’s some old Pantera crew members that are coming out with us. To hear them say things to me like, ‘Dude, I close my eyes, and it sounds like Vince is up there.’ That was my goal. When someone said that to me… that’s what I wanted to hear. That made me feel really good.”

Among other topics, BraveWords asked the veteran drummer if he is nervous about the first show under the Pantera banner.

“Hell yeah. I’m a nervous wreck dude. I may – not I may, I will – have a few shots before I go up there, just to fucking loosen up and take that edge off. I know those two are going to be watching me. So, I want this to go so great. I just want to be in the moment.”

Metal Sucks Greatest Hits
0 -
Why There Will Never Be Another Metal Band as Big as Metallica
0 -
The Single Greatest Analysis of Nickelback’s Work Ever Written
1570 -
Frankie Palmeri’s Track By Track Breakdown of the New Emmure Album: A Track By Track Breakdown
0 -
Debunking the Myth that Guitar Hero Made Dragonforce
0 -
Gear Geek: Periphery’s Misha Mansoor Answers Your Latest Questions About Guitar Gear
0 -
I, For One, Welcome Our New Robot Overlords