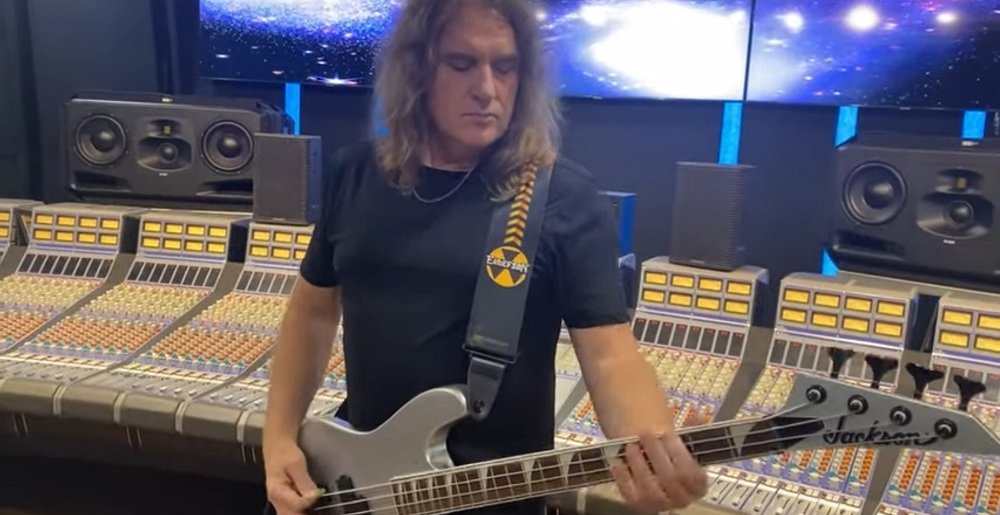 Former Megadeth bassist David Ellefson sure is known for his right hand lately, though for different reasons than I’m sure he’d like. And even though that situation resulted in his ousting from Dave Mustaine‘s show, that doesn’t mean he can’t still use his right hand in public at all.

Earlier today, Jackson Guitars continued their “Behind the Riff” series by watching Ellefson play through the classic Megadeth song “Hook in Mouth,” off the So Far… So Good, So What? album. As part of the video series, Ellefson explains where the riff came from and why he uses palm-muting technique throughout the song.

“So the riff I chose if from the song ‘Hook In Mouth’ from the ‘So Far, So Good… So What!’ record by Megadeth. It was actually the first record that I picked up my guitar and started doing a lot of songwriting. And so essentially composing riffs. And a lot of these bass parts were sometimes doubling up the guitar, but it definitely required a lot of the palm muting right-hand technique, which kind of became a signature of the Megadeth style of performing.

When he’s not working on his band Dieth, Ellefson has recently been touring with the nostalgia-based supergroup Kings of Thrash, which features Ellefson, Jeff Young, Chris Poland, Chaz Leon, and Fred Aching.