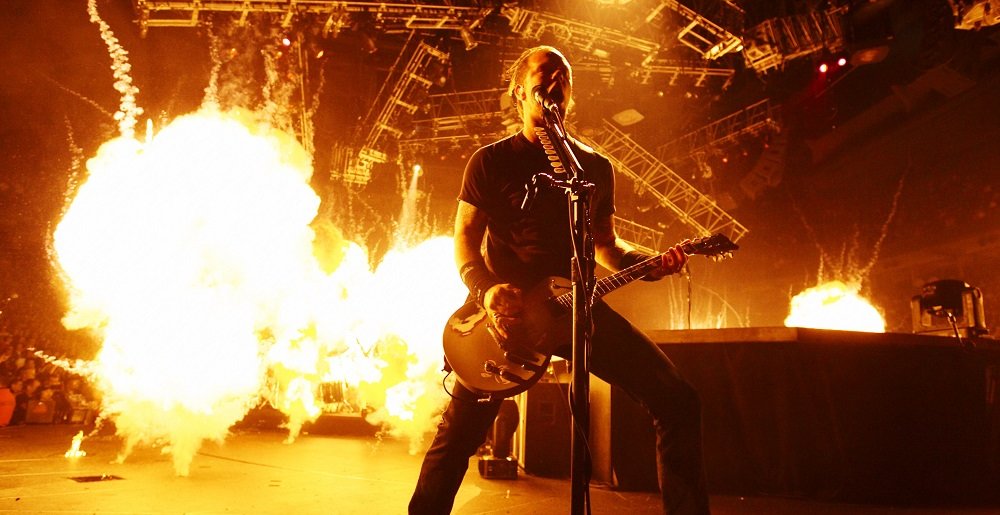 James Hetfield: 72 Seasons Reflects on “Darkness in My Life and in Our Career…”

With his 60th birthday coming up next August and nearly 40 years playing in what ultimately became the biggest band in the world, Metallica frontman James Hetfield has experienced and witnessed a lot in his life. And while the public is largely privy to his successes and failures from the Metallica side of things, his personal life’s been wrought with strife, from addiction, to family deaths, to his currently ongoing separation and divorce.

During a recent chat with ALT 105.1 (transcribed by Blabbermouth), Hetfield went a little deeper into the meaning of the album’s title as a sort of reflection of the most formative years of a person’s life.

“72 Seasons came out of a book I was reading about childhood, basically, and sorting out childhood as an adult. And 72 seasons is basically the first 18 years of your life. How do you evolve and grow and mature and develop your own ideas and identity of self after those first 72 seasons? Some things are more difficult than others — you know, some things you can’t unsee and they’re with you for the rest of your life, and other things you’re able to rewind the tape and make a new tape in your life. So that’s the real interesting part for me, is how you’re able to address those situations as an adult and mature.

“There’s been a lot of darkness in my life and in our career and things that have happened with us, but always having a sense of hope, always having the light that is in that darkness… Without darkness, there is no light, and being able to focus a little more on the light in life instead of all of the… how it used to be and how horrible it is… There’s a lot of good things going on in life — focusing on that instead, and it helps to balance out my life. And there’s no one meaning to it — everyone has some sense of hope or light in their life, and, obviously, music is mine. And the song specifically talks about gathering of people at a concert and [being] able to see the joy and the life and the love that comes out of music and the family and the kinship in that, and just a sense of uplifting.”

During the chat he also described the album’s first single, “Lux Æterna” as an “upbeat, kind of fast and joyous song,” pointing directly to its roots in the New Wave of British Heavy Metal movement.

“[The track is] kind of a harkening-back-to-’80s kind of riff. It’s just fun and makes me move. It was fun making the video, fun recording a song that comes out really easy, that was a real easy song to write and to perform, like I said, very much like the early ’80s for us.”

Metallica will release their followup to 2016’s Hardwired… To Self-Destruct, titled 72 Seasons, on April 14, 2023 via Blackened Recordings, though preorders are available today.

Metal Sucks Greatest Hits
0 -
Type O Negative’s Peter Steele Once Punched Chino Moreno In The Face for Inciting an Onstage Riot
0 -
If You Like Bass Dogs, You’ll LOVE Drum Fish
0 -
Joey Jordison Claims He Was Fired from Slipknot Via a Singing Telegram
0 -
This Dude Sounds EXACTLY Like Layne Staley
1210 -
MetalSucks Exclusive: Behemoth Frontman Nergal’s First Interview Since Being Diagnosed with Leukemia
0 -
It’s Time to Stop Thinking of Women in Metal as WOMEN in Metal