Metal Sucks
Metal Sucks Bam Margera Reportedly Hospitalized and Put on a Ventilator ††† (Crosses) Get “Holier” with Their...
- Tweet SHARE
Enlarge
This Sucks 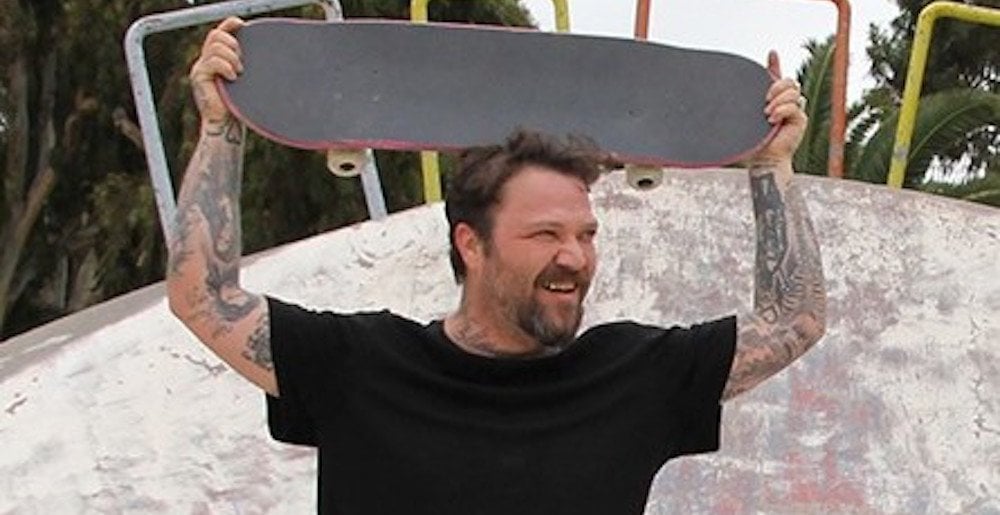 Photo by Nikki Margera, via Wikipedia.

Bam Margera Reportedly Hospitalized and Put on a Ventilator

It’s been a rough go for Jackass star and MTV bad boy Bam Margera as of late. Having dealt with addiction struggles for years, losing his best friend Ryan Dunn to a drunk driving accident, and getting kicked out of production for Jackass Forever, the Pennsylvania-native has seen better days.

According to a recent report by TMZ, his problems are only continuing, as he’s apparently laid out in a hospital battling a severe case of pneumonia that’s only being compounded by COVID-19. People close to Bam say he was hospitalized earlier this week in a San Diego facility, where he tested positive for COVID. Following his positive test, he was placed on a ventilator.

Reports suggest that Margera’s being treated in the ICU but that he’s stabilized. If that continues, he should be able to make a recovery, though the potential for “long COVID” is always a possibility when dealing with the disease.

Seeing someone go in and out of rehab is nothing new to the metal community, but Margera’s particular situation is troubling, since he hasn’t completed his most recent court ordered rehab stint. Once you add in the misguided fan movement to “Free Bam” from a conservatorship that doesn’t exist, it’s only led to a worse situation for the star and has led to his family getting threats from fans. The situation got so bad, the family had to release a statement in August.

“Despite rumors, Bam has never been in a conservatorship but rather a temporary healthcare guardianship for reasons not shared with the public. If Bam chooses to speak to this, he will when he is ready. The ‘Free Bam’ theorists have encouraged his exit from treatment, despite their lacking knowledge of the details, his health and well-being. We kindly ask you to respect the process and our family. As our extended family, we ask you to support Bam in his recovery, to stay on track and wish him well with his sobriety.”

Fans were happy that he’d reached a year of sobriety earlier this year, but that didn’t stick. In the months since, Bam’s been seen partying it up in Las Vegas and Atlanta. This is all after he bailed on rehab in 2019 and was arrested and forcibly returned. He also didn’t know that his friend Alexi Laiho had passed away until two months after the news broke. He also sued his friends and former Jackass costars after he was kicked out of the production, though the suit was dropped.

As long-time fans of Jackass, we at MetalSucks want nothing but the best for Bam and his loved ones. AS such, we hope that he gets well soon, achieves sobriety, and gets back to doing “whatever the hell he wants” — within reason.

If you, or someone you know is struggling with addiction, please call the SAMHSA National Helpline at 1-800-662-4357.

Bam hasn’t sounded this good in a long time.

Hopefully he can continue to get better and fight his addictions as well.