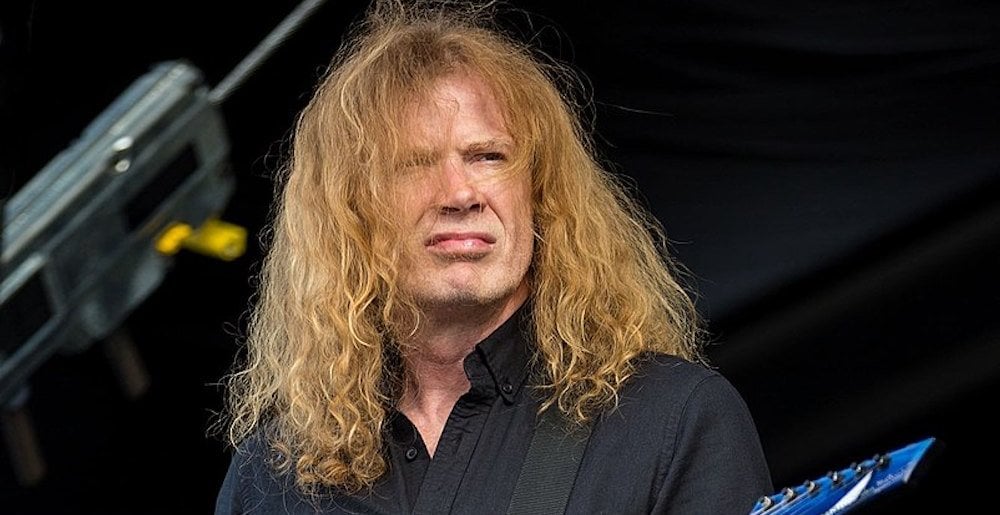 Is Dave Mustaine Becoming Less of a Control Freak? Dirk Verbeuren Says So.

Good ol’ Dave Mustaine has been notoriously hard to work with at various points in his career for a variety of reasons, not the least of which is his well-documented desire for total control in his projects. It’s probably related to his less-than-pleasant ousting from Metallica, but various collaborators over the years have painted MegaDave as not the easiest guy to be in the studio with.

These days, Mustaine seems to be a more relaxed individual, having beaten cancer and establishing a steady lineup for Megadeth, at least until David Ellefson was fired, that includes drummer Dirk Verbeuren and guitarist Kiko Loureiro. While speaking to That Metal Interview, Verbeuren—who has been a member of Megadeth since 2016—discussed the writing process and told the interviewer that he had a large degree of creative freedom when working on this year’s The Sick, the Dying… and the Dead! (via Blabbermouth):

“There was a lot of freedom. [Dave Mustaine] invited Kiko and myself from the get-go to contribute our own ideas and our interpretations, and that’s what we did.

“The way we work and the way Dave tends to work is that he has this massive vault of riffs, guitar riffs that go all the way back to the early years, to the ’80s. And that’s all sitting in a folder and organized.

“And so we started by him picking out a bunch of riffs and working with those. And as the process went on, those started turning into songs and we would maybe add some riffs or change some riffs or maybe go fishing for some more or write new ones — whatever felt right at the time.

“So I also contributed some music myself, and so did Kiko; Kiko co-wrote quite a few of the songs on the album. So it was a very collaborative process. As far as the drums went, same thing. Of course, there were certain parts where Dave preferred one idea over the idea, and he would be, like, ‘Play it more like this,’ or, ‘I prefer that beat over this beat.’

“But for the most part, I pretty much got to do what I wanted to do and how I felt it. Because I think, at this point, having been in the band for over six years, I’ve got a pretty good feel of what Megadeth drums are supposed to sound like, and it seems like Dave feels the same way.”

Verbeuren and Loureiro, who has been in Megadeth since 2015 and played on 2016’s Dystopia, are both extremely talented musicians so it sounds like everybody wins in this situation.

Metal Sucks Greatest Hits
0 -
BREAKING: Joey Jordison Back in Slipknot as Percussionist!
0 -
Nazi Imagery: Why Watain and Marduk Don’t Get a Pass While Slayer and Metallica Do
0 -
Carcass’ Swansong: A Newbie’s Retrospective Review
0 -
What is the best subgenre of metal?? *please read*
0 -
That Time Shaun Got Drunk and Filmed a Music Video with His Cat
0 -
Gwar’s Oderus Urungus Reviews Megadeth’s “Super Collider”