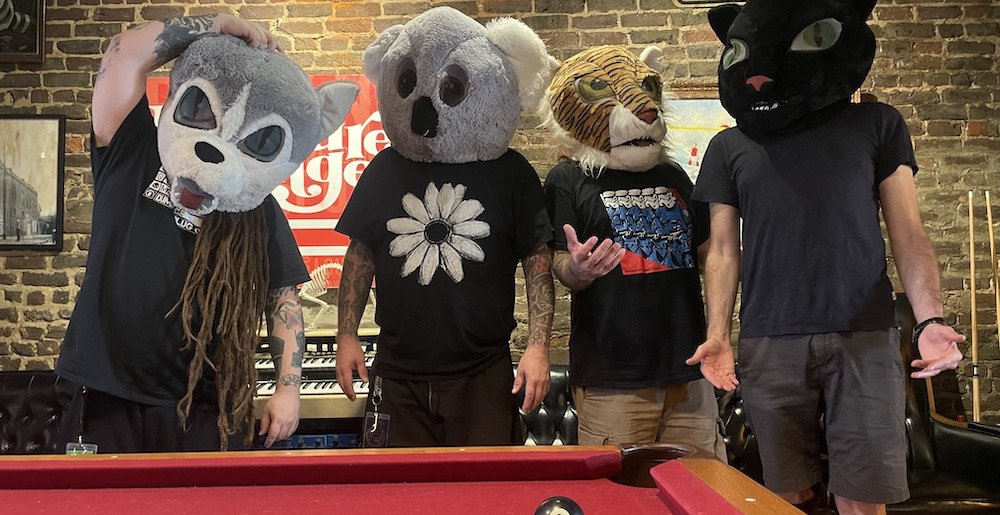 Get Wrecked or Die Trying with Venomous Concept’s “Timeline” Video

First of all, it’s just a really fun and catchy punk song. Stokes’ lively drumming and the Embury/Cooke riffs keep things moving at an upbeat and jovial pace. There are a few super metallic riffs thrown in too and Cooke (who also plays in underrated grind/sludge outfit Corrupt Moral Altar) rips some awesome leads and a solo, so there’s plenty of hesher appeal too.

If you’ve ever spent hours watching Russian dashcam videos or skate fail compilations, the video for “Timeline” is made for you. It’s two minutes and 45 seconds of (non-major) car crashes, fender benders and BMX failures that will make you grateful to have all of your teeth still in your face.

When Venomous Concept announced the album, Embury highlighted the band’s desire to do something in a different style than they usually do and they succeeded with “Timeline.” Check out the video below and pre-order the album via Decibel Records in the US and Graphite Records in Europe.

Metal Sucks Greatest Hits
0 -
Taking Risks
0 -
Verax’s Terrible “Time Wasters” is a Great Waste of Time
0 -
Science Explains How Metal Singers are Able to Scream Without Damaging Their Vocal Cords
0 -
David Lee Roth on Van Halen Brothers: “We Have Always Hated Each Other”
0 -
Rigged: Luc Lemay of Gorguts
0 -
Editorial: The Metal Community Must Stop Letting Phil Anselmo Off the Hook for His Racist Remarks