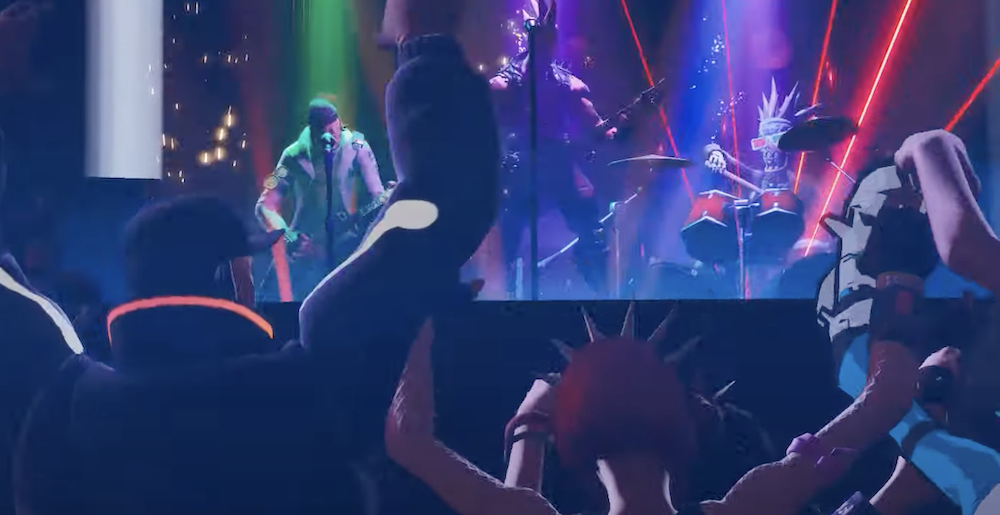 It was only a matter of time before this happened. Thrash metal legends Metallica have officially been featured in the popular battle royale video game Fortnite in the form of an emote.

It costs 500 V-Bucks, an in-game currency that equates to roughly $3.50 in real-life money. The emote can be used by four different players at once—the person to initiate it picks up a guitar and stands in front of a microphone, doing their best James Hetfield. Up to three other nearby players can join in, even if they didn’t purchase the “Master of Puppets” emote themselves. The other players join on the other instruments, giving players the opportunity to do a full-band virtual rendition of the song.

The introduction of a “Master of Puppets” emote comes on the back of the song’s ridiculously-popular placement in Netflix’s Stranger Things. In the finale, Eddie Munson uses the power of heavy metal to destroy a demon via the power of the riff. Because of Stranger Things, “Master of Puppets” catapulted onto the charts—as did Kate Bush’s “Running Up That Hill,” which was also featured in an episode—and became popular on platforms like TikTok.

The use of the song in Stranger Things and its subsequent uptick in popularity were celebrated by many but decried by some members of the online metal community because they believe that the most successful metal band of all time is a well-kept underground secret. As MetalSucks’ own head honcho, Hesher Keenan, wrote earlier this year:

“You’re really shouting to the world that you’re unsure of your place within it. You’re telling everyone that deep down, you think you might not be worthy to carry the metal banner—and that’s bullshit too. You’re just as worthy as the kid reaching for that Disturbed t-shirt.”

Check out what the emote looks like below; it’s available to purchase in-game.