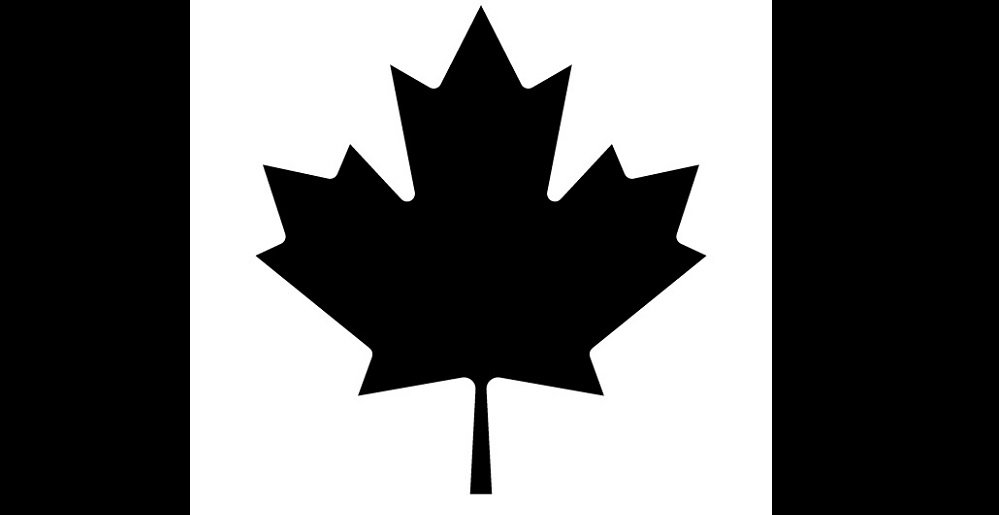 Black Metal Across the Provinces and Territories of Canada

As one of the coldest countries in the world and thanks to its frigid aesthetic – snowy forests, ice-capped ruins and a misanthropic outlook due in part by being cooped up too long in the winter, black metal and Canada go together like maple syrup and pancakes.

Certain Canadian provinces have made more of a mark on the community at large, such as Quebec, so with this list, a band will be highlighted from every Canadian province to show just how far the reach is for this form of expression. There is one exception, of course. Nunavut, the most northwestern territory of Canada is home to one band, Northern Haze, but they can’t be considered black metal by any stretch of the imagination.

So trade in that thousand-dollar Canada Goose jacket for a leather one and explore black metal bands from every Canadian province.

The total chaos of Vancouver’s Kafirun began in 2014 with the release of the Death Worship EP. A few more releases and the band were ready to release their full-length, Eschaton in 2017. Kafirun keep their tracks cryptic sounding and never monotonous. The band is more of a ritualistic listening experience compared to others, feeling like the music should be played around a small fire in the woods. The Australian-based Seance Records seems to be the only label with the guts enough to handle them.

Season of Mist saw something special in Edmonton’s Revenge, the band made up of J. Read, who relentlessly bashes the skins and screams bloody murder on the albums, along with Vermin and Hassiophis, who give shrouded helping-hands live. I don’t blame them. Revenge was formed out of the ruins of Read’s former band Conqueror and is a chaotic beast – with songs about mankind’s collapse. Sound wise, it is as if Revenge already had black belts in black metal started going to evening grindcore classes. Since 2001, Revenge have had a focused attack, releasing six albums that only need three-word-titles to get their point across. Blackened. Grinding. Nihilism.

The barren prairie wasteland of Saskatchewan is the perfect dismal setting for a black metal masterpiece to be produced in. The city of Regina, located within the province, is home to Nachtterror, a five-piece symphonic black metal band who have turned dreary winter days into opportunities to craft songs that are intricate, inspirational and often menacing. Judgement is their first full-length, and judging the band from this, what comes next from them will be momentous.

Winnipeg’s Wilt bring an overwhelming and almost suffocating sound immersed in the realm of atmospheric but not quite depressive black metal. Their songs build like an ocean slowly becoming completely covered in black oil. Starting out in 2010, they released their self-titled EP a few years later via Winter Wolf Records.

Currently, Germany’s Vendetta Records handle the Manitobans. But just because Wilt are part of the black metal subculture doesn’t mean they can’t be friends with bands of other genres – as seen by their recent shows with Conan or at the Sled Island festival. Swim around in the obsidian pool of their two full-length albums, Moving Monoliths and Ruin.

Any band that has their logo drawn by the living legend Christophe Szpajdel is worth giving an ear to, and Ottawa’s Unreqvited is no exception. A one-man project from the musician 鬼 (Ghost, aka William Melsness), Unreqvited is a chilling post-black metal experience best listened to as the snow falls during dusk in the dead of winter. The man has been prolific, with several releases under his belt. A recommended listen is his latest, the haunting Beautiful Ghosts album.

The province of Quebec has a rich history of black metal, with many of the bands from there deserving their own article. Instead of stating the obvious legends such as Necronomicon for this Canadian list, an underdog was chosen with Basalte.

The mysterious Montreal-based band emerged in 2013 and features members by the names of L, N and S. The band take a unique urban decay approach. Their Vertige album cover evokes the same feeling as the opening credits of the “Candyman” remake, showing upside down skyscrapers, hinting that it will focus on some kind of air-conditioned nightmare. Their two-guitar approach adds an extra layer of glass to this oppressive building. The suffocating nature of the urban jungle is best represented on tracks like “Éclat de verre” with the dismal lyrics “I constantly fall into the limbo of my torment, condemned to this perpetual cycle.”

Ex-Woods of Ypres members Joel Violette, Brendan Hayter and Rae Amitay, along with fiddler Keegan MC make up Fredricton, New Brunswick’s Thrawsunblat. Fans of Ypres will find a lot to appreciate here, as the band play a folky form of black metal which sounds right at home around a fire on the shores of the province. Violette has said the band name is like a bastardized version of a European language. The name may contain traces of the words “Thrash, blast, raw, sun.” Bastardized European metal or not, the band certainly has chops. Listen to albums such as Great Brunswick Forest to get a sense of nostalgia for the Maritimes even if you haven’t been there before.

“Blackened metal from the hellish shores of eastern Canada.” St. John’s, Newfoundland and Labrador to be exact. The band have been around since 2008 and recently opened for the legends themselves, Necronomicon. On their latest album Riverbed Empire, the piano intro to “Marshlands” lulls the listener into a false sense of calm before hell’s gates burst open with some sickening blackened thrash that would turn those hellish shores a shade of lobster red.

There’s a frost warning in Charlottetown. Graves of the Abyss hail from Prince Edward Island, known for world class seafood and the classic Canadian novel and TV show, Anne of Green Gables. Now, the lush, green island has something darker to be known for – the three-piece band Graves of the Abyss. The band is made up of members from groove metal band Death Valley Driver who decided to try their hand at black metal, and their efforts have paid off. Their sole album Burial is just savage and varied enough to warrant a trip to the island to catch one of their gigs.

Trailer Park Boys and Hobo With a Shotgun aren’t the only pieces of media that have emerged from Nova Scotia that you should get excited over. Ancient Thrones are a blackened death metal band who emerged in Halifax in 2018 after spending some years in neighboring province New Brunswick as Abysseral Throne. Their 2020 album The Veil is an overlooked lobster in what was thought to be an empty trap of black metal artists in Nova Scotia. Guess that’s the way she goes, boys. Next time you’re falling-down drunk in downtown Halifax, make sure you make it to an Ancient Thrones gig before you black out.

Finding black metal bands in the northern territories of Canada is difficult, though not impossible. While the bands haven’t put out much in recent years, it is still worth it to mention them as examples of artists that do emerge in areas with the harshest weather and small populations.

With this in mind, the one-man method of black metal music-making was perhaps done out of necessity for Archaic Earth. Dawson City, Yukon musician Shawn Veturlag has spent many snowy nights composing his personalized form of atmospheric black metal, with 2022’s Carnelian Moon being the latest: “Born of dripping moss and delving roots, formed in the dark places beyond the veil and sung by the fire and fury of creation itself.” Watch the Northern Lights turn red while listening…

From the harshest and most unkind terrain in Canada comes probably the most misanthropic artist of the lot, Antileben. Another one-man band – the brainchild of musician Acrimonia, Antileben put out just one demo, Anti-Human Death Vessel in 2007, which is as harsh and cavernous as polar bear’s cave.

The sole release was put out by Indonesian label Fatal Productions, which released albums by two other Canadian black metal bands. Acrimonia is also a part of two London Ontario-based black metal bands, so this album being actually from Northwest Territories is up to debate, but for now we’ll trust it was cut with the Yellowknife.