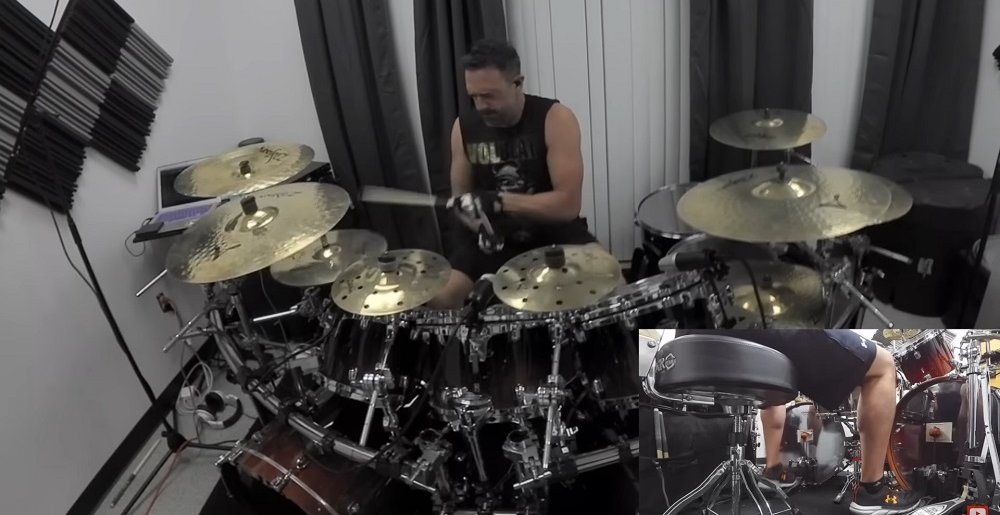 Among the characteristics that make thrash metal the heavy metal subgenre that it is, one of the most important things that must exist is a killer drummer behind the kit. Sure, you can laugh at Metallica’s Lars Ulrich today, but back in the day that Danish motherfucker could kill it. As for the other three bands in the “Big Four,” they’ve always had amazing drummers: Anthrax’s Charlie Benante, Slayer’s Dave Lombardo and Paul Bostaph, and Megadeth’s Nick Menza, Dirk Verbeuren, Gar Samuelson, etc.

One of Slayer’s and Testament’s past drummers, Jon Dette, has spent the last few weeks recording and releasing YouTube videos of him playing some of the most badass songs from the “Big Four.” Earlier today, he finished his series with the release of Megadeth’s “Wake Up Dead,” off the Peace Sells… But Who’s Buying? album. As expected, he absolutely nails it.

Included in the rest of his project are covers of Slayer’s “Killing Fields” off of Divine Intervention, Anthrax’s A.I.R. from the Spreading The Disease record, and Metallica’s “Blackened” off …And Justice for All. You can see all of those videos below.

Honestly, it’s awesome to watch someone who’s so good at what they do just sit back and crush it. These songs are no joke, with multiple rhythms, double bass, and a whole bunch of other drumming terms I barely know. What I do know, however, is Dette is one of the lesser known “Big Four” drummers that deserves a little more credibility to his name.