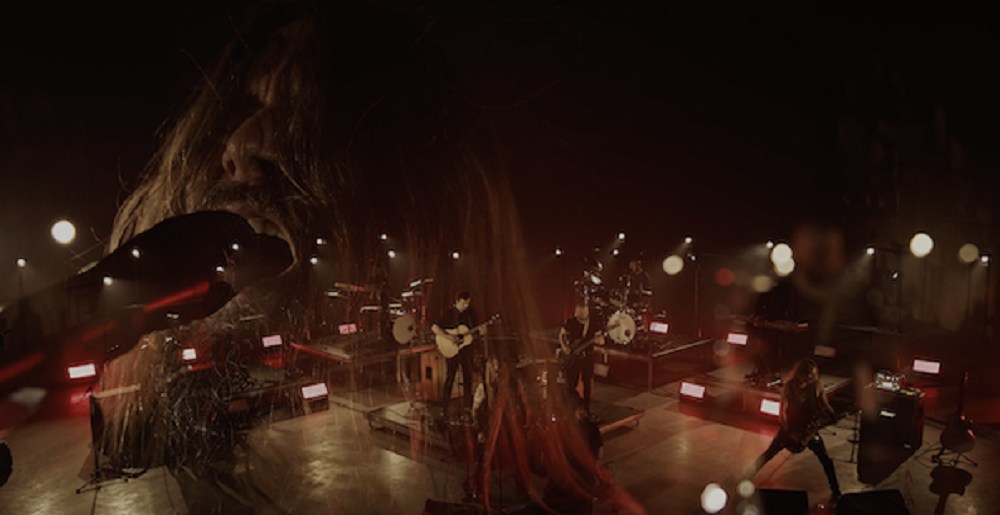 An unexpected version of Enslaved’s music was released earlier today, as the progressive black metal band from Norway unveiled a “big band” version of “Caravans to the Outer Worlds.” The track was previously only available on last year’s Heimdal EP, but now we’ve got a special version that includes Norwegian psychedelic prog rock outfit Shaman Elephant.

According to vocalist Grutle Kjellson, this live recording, which you can watch below, took place roughly a year ago on the Winter Solstice for a specially livestreamed event “The Otherworldly Big Band Experience.”

“‘Caravans To The Outer Worlds’ was the first material written for our upcoming album, and that first song usually points in a certain direction. However, this song points in several directions, and that really made the whole process immensely interesting, and ultimately pushed us making our best album ever!

“This live-version, taken from The Otherworldly Big Band Experience, our last big project keeping us alive during the pandemic, is the first of hopefully many opportunities to behold a performance of this energetic song. We hope you’ll enjoy it. God Jól!”

The regular, studio version of “Caravans to the Other Worlds” will be available on Enslaved’s upcoming album Heimdal, which will be released on March 3, 2023, via Nuclear Blast Records, but you can preorder your copy today.

If you’d like to catch Enslaved live, be sure to check out the list of dates and venues below the video. It’s sure to be a killer gig.

Metal Sucks Greatest Hits
0 -
The Best Metal Albums of 2013, As Chosen by Metal Musicians Themselves — Part I: Machine Head’s Robb Flynn
0 -
Watch an Old Lady Rock Out to AC/DC’s “Highway to Hell”
0 -
Which Bands are “The Big Four of Death Metal”???
0 -
Someone Made a Lemmy Doll from a Mr. Potatohead
3220 -
What is UR Favorite Classic Nu-Metal Band??
0 -
Video: Dudes Rockin’ Out to Van Halen Meet David Lee Roth, Have No Idea Who He Is