Metal Sucks
Metal Sucks Brian Johnson Said He’s “Been Told Not... Crosses (†††) Could Get Much Heavier in the Future
- Tweet SHARE
Enlarge
News 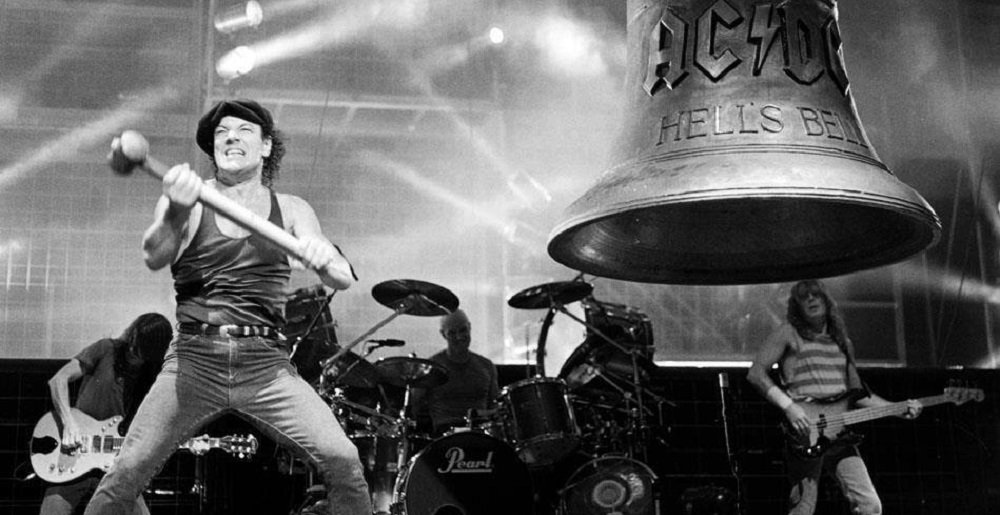 Imagine being part of something for more than 40 years, yet you can’t talk about it at all. That’s the situation that AC/DC frontman Brian Johnson is apparently facing, as he let it slip that he’s not allowed to discuss the legendary rock band’s future plans at all.

The revelation came during Monday’s episode of SiriusXM’s “Trunk Nation With Eddie Trunk.” During the show, Trunk asked Johnson if AC/DC would ever play live again, given the fact that their last show was back in 2016. The answer he got, as transcribed by Blabbermouth, was just a little contentious.

“I’m not answering that. Why should I? First of all, there’s five members in this band, and to ask one member isn’t fair.”

Trunk pressed the matter a little further, asking whether he’d simply like to take the stage with AC/DC again, but Johnson did not budge.

“Eddie, I cannot answer that. I’ve been told not to by everybody. It’s the official line.”

Things got even more heated when Trunk pressed Johnson about the possibility of recording a potential follow up to 2020’s Power Up.

“If I say one thing, it’ll be blown out of all proportion. You just can’t afford to talk now. There’s too much blabber on the Internet. And I’m not on any kind of Face-thing or social media at all — never have been. It’s just gossip.”

If you’ll remember, that AC/DC tour in 2016 was marred by problems when Johnson was forced to leave after it was revealed that he was suffering from significant hearing loss that was affecting his performance. Guns n’ Roses frontman Axl Rose took over for Johnson for the last 10 dates on the tour.

Who knows what’s in store for AC/DC moving forward? With Johnson’s apparent health issue taken care of, the band could still be grieving the 2017 death of rhythm guitarist Malcolm Young, brother of the band’s other guitarist, Angus Young.

Metal Sucks Greatest Hits
0 -
The formula 4 good music: Generic, but with a gimmick (*please read*)
0 -
50 Metal and Hard Rock Musicians’ Yearbook Photos
3520 -
RIGHT NOW: MetalSucks & Metal Injection Live Snark The Big Four!!!
0 -
What Will Happen When a Member of Metallica Dies?
0 -
Oderus Urungus from GWAR Reads Goodnight Moon
0 -
11 Bands You’d Get Made Fun Of for Liking Back In The Day