Metal Sucks
Metal Sucks K.K. Downing Has “Nothing But Respect” for... Norma Jean Announce Tour Dates with Fire From The Gods and...
- Tweet SHARE
Enlarge
News 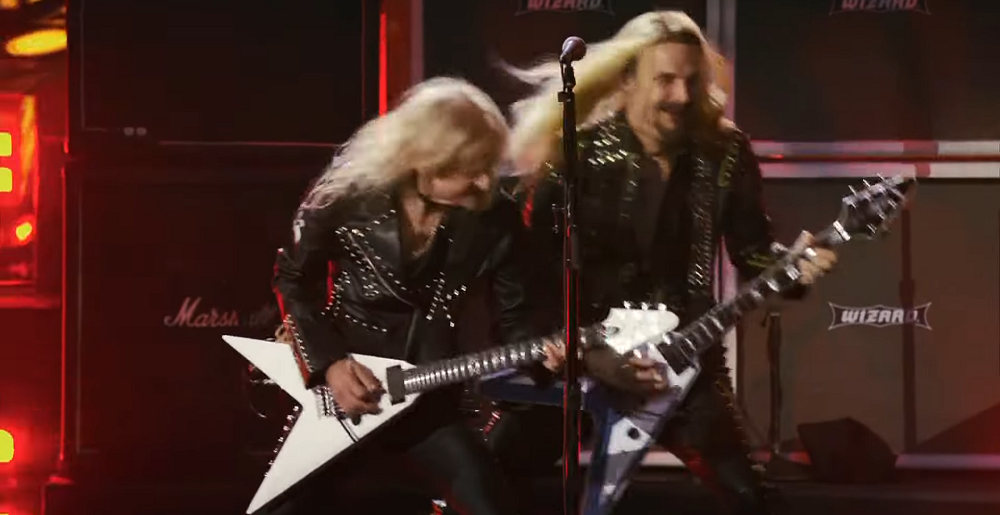 K.K. Downing Has “Nothing But Respect” for Judas Priest’s Richie Faulkner

Last month, the Rock and Roll Hall of Fame were dragged kicking and screaming into a reality where iconic heavy metal band Judas Priest was inducted as one of just a handful of metal acts to ascend to the hall. Not only was it a huge moment for metal, but it was a huge moment for the band, as they reunited with former drummer Les Binks and seemingly former estranged ex-guitarist K.K. Downing. Everyone got along, they played a medley, and all was right in the world.

During a recent interview with Metal Talk, Downing chatted about that evening on November 5 when he and his former bandmates once again took the stage for the first time in 11 years at the Microsoft Theater in Los Angeles.

Having been replaced by current Judas Priest guitarist Richie Faulkner, you’d expect there to be some tension, but Downing said that wasn’t the case at all.

“Yes, I managed to have a chat with [Faulkner], and we shared the stage and even jammed together. It could have been awkward, but it wasn’t. I’ve nothing but respect for him, and I know he’s working on other projects outside Priest, and I wish him well. The only potentially awkward moments were because I like a lot of room and have always raced around the stage, and we had to avoid each other.”

After being inducted by Alice Cooper and receiving the Musical Excellence Award, Judas Priest played a three-song medley featuring some of the most iconic tracks from the band’s storied history: “You’ve Got Another Thing Comin’”, “Breaking The Law” and “Living After Midnight.”

Though there are conflicting reports as to whether Downing actually seemed like he was affable with his former bandmates or not during that evening’s ceremonies, it’s great to think that years of displeasure with one another could vanish once a legacy is cemented in time and a stage is shared among friends and former colleagues.

News 0
Rob Halford Says Playing with K.K. Downing at Rock Hall “Felt Like He Was Always There”
November 24th, 2022 at 10:34am Hesher Keenan