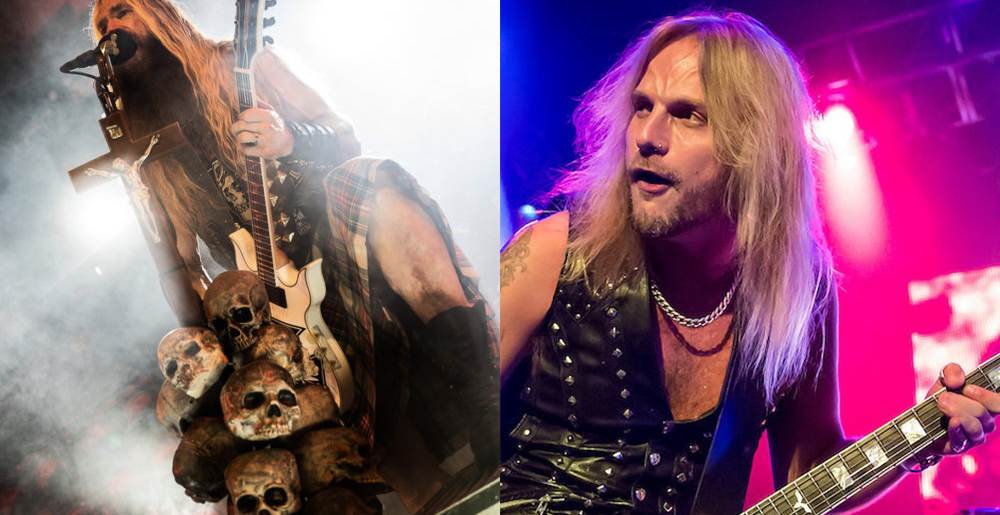 Leading up to the Pantera tribute shows earlier this month, it seemed everyone in the metal community had some sort of hot take about the band’s composition. Sure, it made sense that Phil and Rex would be there as the only surviving members, but Charlie Benante filling in Vinnie Paul’s absence and Zakk Wylde’s status as the one to carry Dimebag’s banner? There were plenty of opinionated people on the internet (shocker) who had other suggestions.

Yet for Judas Priest guitarist Richie Faulkner, it was never up for debate. During a recent interview with T Stone of the radio show “Sonic Boom” on Real Rock 100.3 The Fox in Rapid City, South Dakota, Faulkner said the choice of having Wylde play Dimebag’s parts just made sense, given their relationship.

“I think there’s only one guy that could have done that gig. He’s the right guy for it. He’s the only guy for it. The relationship he had with Dime over everything else. I mean, there’s tons of guys that can play that stuff note for note for note, but I think the integrity that Zakk brings to that whole thing because of his relationship with Dime, I don’t think there’s anyone else on the planet that can do the gig like Zakk can do it.

“I don’t think you need to play that stuff note for note. I think it’s all about what comes from the heart. People are sure to disagree with me there, but that’s just my opinion on it. Dime played from the heart. It was all about emotion and passion. And I think as long as you put emotion and passion into that music, that’s what it’s about. Anyone can learn notes off a page, but if you don’t have the passion and the emotion, what have you got with that music?

“So, Zakk’s the guy. It was always gonna be Zakk. It always should have been Zakk, and it’s gonna be fucking amazing. It’s gonna be great… Pantera were fantastic, and to hear those songs again, it’s gonna be off the charts, man.

“The Internet is one reality, and then reality is another reality. And it’s gonna be off the hook.”

So there ya have it. Straight from the guy who nearly died on stage while playing “Painkiller.”