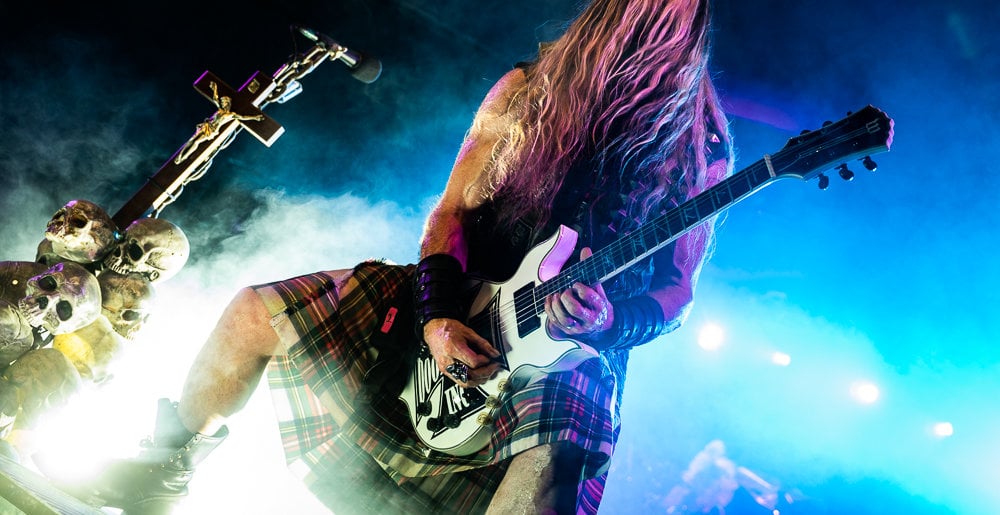 Ever since they were announced as the men to fill Dimebag Darrell and Vinnie Paul’s shoes in the Pantera tribute lineup, Zakk Wylde and Anthrax drummer Charlie Benante have been considered by many to be the natural choices, given how close they were to the Abbott brothers when they were still alive.

Yet in a recent interview with Reckless Rock Radio 89.3 KNON FM, transcribed by Blabbermouth, longtime producer Sterling Winfield suggested that Wylde wasn’t the only shredder named to potentially fill-in for Dimebag. And while he made his comments not only as someone who personally knew Pantera back in the day, but also as one of the people who controls Vinnie Paul’s estate, he said the conversation always went back to the New Jersey-born guitarist.

“There was no doubt in my mind that [Charlie Benante] would be the one to take over for Vinnie. [It was a] no-brainer — absolute no-brainer. Now, there were some other guitar folks that were brought up. I’ll just say this — that it would not have been a good fit, and quite honestly, they would not have been able to pull it off. But it always kept circling back around to Zakk. And after a couple of times, it was, like, again another no-brainer. Because he knew Dime better than most any other guitar player on the planet knew him. Is it gonna be Dimebag Darrell’s exact notes and riffs and everything? No. It’s Zakk Wylde, you idiots. It’s Zakk.”

Exactly who was considered aside from Wylde, however, we don’t know. Last week we learned from Alter Bridge guitarist Mark Tremonti that he’d been approached by Pantera bassist Rex Brown to try out for a spot on Pantera, but he ultimately turned down the offer, saying that the right pick must “be a certain type of personality to take on that role.”

Leading up to the first Pantera show in Santiago, Chile last month, fans wondered how Zakk would approach playing Dimebag’s parts, knowing his specific style of playing. And while Zakk said he was going to be himself while playing Dime’s parts, Winfield said that type of approach was the most respectful way to pay tribute to the fallen guitarist.

You can check out the rest of the interview with Winfield in the clip below.