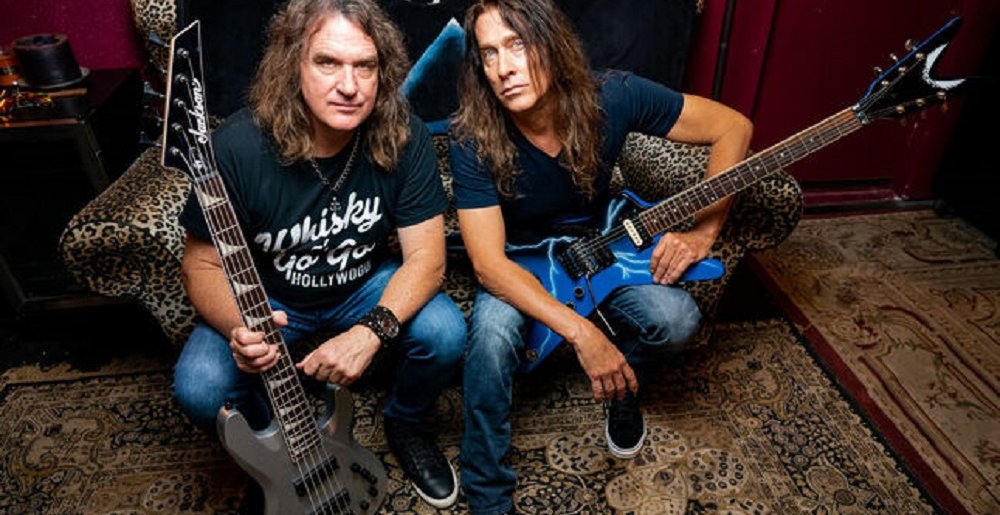 In the months since he was ousted from Megadeth, David Ellefson has started and returned to a buncha projects. Without even thinking too hard about it, he’s got Dieth, The Lucid, his collab with Jeff Scott Soto aptly named Ellefson-Soto, and Kings of Thrash. And while most of those projects are in the process of putting out new music in the near future, it’s Kings of Thrash that’s gonna be kicking off 2023 on the road.

For those not in the know, Kings of Thrash is a project where Ellefson and fellow ex-Megadeth member Jeff Young play Megadeth songs. During this tour, the band will introduce guitarist/vocalist Chaz Leon and drummer Fred Aching as members.

These newly announced 21 stops, starting in Joliet, Illinois on February 16 and ending in Atlanta on March 15, mark the “first leg of a planned 2023 world tour” featuring the Kings of Thrash. Just like their warm-up shows last year, the band will play the entirety of Killing Is My Business… And Business Is Good and So Far, So Good… So What. Supporting the Kings of Thrash will be Hatriot.

Along with the tour, Kings of Thrash will be putting out a live CD/DVD set titled Best of the West… Live at the Whisky A Go Go on March 24, featuring a 17 song set recorded and filmed at the eponymous West Hollywood venue on October 15, 2022. That performance actually features another ex-Megadeth member in guitarist Chris Poland.

If you’re interested in catching Kings of Thrash live, check out the list of dates below to see if they’re hitting a venue near you — VIP packages are available right now. You can also preorder Best of the West… Live at the Whisky A Go Go from Cleopatra Records today.