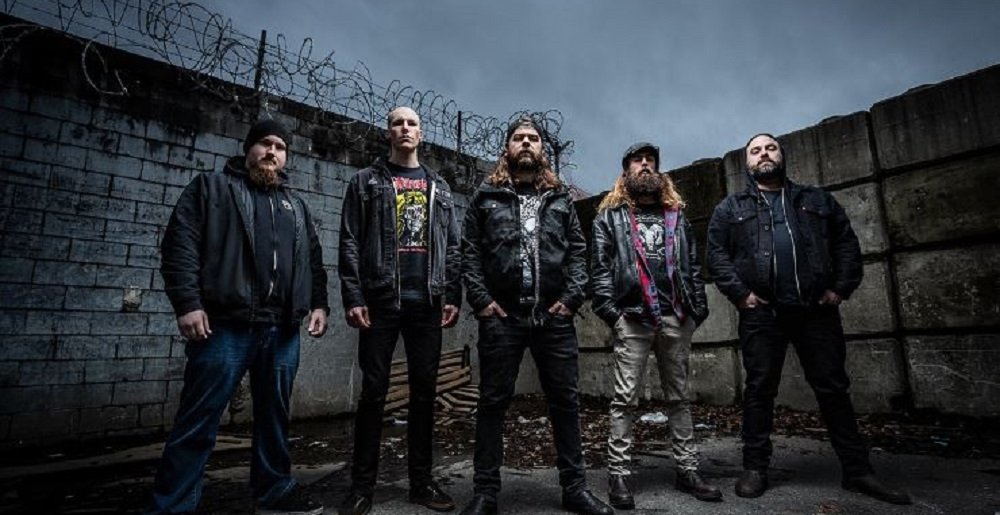 Cryptopsy, Gorguts, Kataklysm, Beyond Creation. These bands set the standard for death metal in Canada, and following their lead, a new breed has emerged. A marriage of technicality, brutality and thoughtful thematic influences are a hallmark of modern Canadian death metal. Such is the case when it gets that much harder to get noticed abroad.

Bands like Wake and Archspire have already made the connection to fans across borders and ponds, though there are more big pieces of cheese in this bowl of poutine…

In the heavy music scene in Calgary, which features many bands clawing their way outside of the local community to become noticed by the world at large, Wake are a band who have succeeded in this virtue. Starting out as pure grindcore but developing their sound into a death metal juggernaut, Wake, after signing to Metal Blade Records, have played overseas countless times at festivals like Obscene Extreme. The next time you see them playing in their hometown, make sure it isn’t missed.

Archspire are a band who probably shouldn’t need an introduction, but perhaps like Sonic The Hedgehog, their promotional materials simply raced by you too fast to properly pay attention. When the band was starting out, they have said that when they first played Alberta in 2010, only one person was watching their set. After they finished playing, the lone mosher came up to the band and praised their set, and then asked the band to buy him a drink. This goes to show that hard work, word of mouth and perhaps Juno nominations pay off, as Archspire are not only selling out shows in their homeland, but worldwide as well. “We play fast, so you go fast, too,” the band commands during live shows. That they do, when not staring at the band, completely transfixed with Archspire’s 400 bpm assault.

Neck of the Woods

Considering the amount of forest areas in Canada and some of the grim accounts of real-life hillbilly horror like the infamous Goler clan that the country holds, it is surprising that bands don’t often embrace this form of influence (there is a band called Golers, though, check them out too). Neck of the Woods by name alone conjure a Wrong Turn type of feeling. When getting into the music, though, it is a progressive form of death metal with a modern flair. Their “Annex of Ire” video takes the sound and combines it with a horror story set in the Canadian wilderness, making it all come together. Their local success has granted the band a few coveted spots such as opening for Every Time I Die and being one of the top-billed bands during Alberta’s Loud as Hell festival last year.

These malformed earthborns hail from Fort Erie, Ontario. Spooky sounding place for an unnerving sounding band. The band explore some oblique science fiction themes, with an atmosphere that feels akin to a constant alien probing via brutal death metal so savage it feels inhuman. Check out their 2016 effort, Viral Terrestrial, an hour-plus visit to an underground lab of musical monstrosities.

Ottawa’s Harvested present mental illness and the sometimes-deplorable actions resulting from it with their debut EP, Harvested. Harvested describe themselves as a modern death metal band with ‘90s and early ‘2000s influences, though what you’ll notice when listening is that Harvested are, probably due to the members’ prior history in the scene, skilled songwriters who don’t sacrifice catchiness for brutality. Songs like “Bludgeoned” skip the pleasantries and grab you by the nuts from the first second, though the torturous massage that follows is one you’ll be coming back to.

Formed in 2017, their debut album released in 2018 and then three years of silence, until now. The buzz is back with Of Hatred Spawn, one of Toronto’s upcoming death metal bands. Musically, they are savage and concise, with each bile-filled word coming in clear. They recently made sure people knew they were back with a bloody vengeance by doing a show with Nihilist Death Cult and thrash band Korrosive. Let’s hope for another wretched release by this spawn.

Brutal Mind is a gem of an Indonesian label, doing releases for sick bands like Trash Panda, Crypt Rot, Gorepot and Turbidity. In 2021, they released The Beginning, the first EP from Quebec’s Obvurt. The album is a palate-cleansing brutal/tech death metal serving, made only more impressive by the fact that guitarist/vocalist Philippe Drouin, due to a car accident, had to learn to play left-handed. Their next album, Triumph After Adversity further shows just cause for walking the left-handed path.

Vancouver’s ATRÆ BILIS are riding a wave of blackened bile-like momentum since releasing the acclaimed albums, 2021’s Apexapien, and 2020’s Divinihility. The band, an amalgamation of styles comparable to a Suffocation sandwich with Gorguts slapped in between two pieces of whole wheat brutal bread, is gearing up for a new release. They recently did a short stint through Western Canada with Wake, though as the road always beckons, expect to see them in your town before their new offering is unleashed.

Formed in 2015 in the depths of Thunder Bay, Ontario, VHS, the project of horror maniac Mike Hochins, bring to life all of those horror references you’ve stowed away in the back of your mind with the ferocity of death metal. Like Lucio Fulci or Jess Franco, the band is prolific and there are a lot of releases to get through if you want to be completely thorough with the band. VHS’s latest, Deep Gashes and Long Lashes, is a tribute to those Italian giallo films from the ‘70s, with songs like “Solange” referencing What Have You Done to Solange? And “Quack, Quack,” the duck-voiced killer from The New York Ripper (this song also features Fiore from Fulci). Press rewind and pop in this video nasty.

Calgary’s Detherous have been chopping and cutting out a name for themselves with their death/thrash attack since 2014. In 2019, they released the aptly titled Hacked to Death and in 2022, a giant was carved with their second full-length, Unrelenting Malevolence. If your thrash playlist is lacking gore or your death metal playlist is lacking grit and attitude, encase yourself in the gory tomb of Detherous.

Metal Sucks Greatest Hits
0 -
Has Moshing Turned Into a Form of Bullying?
0 -
Rigged: Jeff Loomis
1220 -
MetalSucks Exclusive: One Year Later, Peter Steele’s People Speak About His Life, His Music, and His Last Days
0 -
BREAKING: Slipknot Guitarist Mick Thomson Stabbed in the Head by Brother
0 -
Footnotes: A Handy Catalog of Every Song from Which Avenged Sevenfold’s Hail to the King “Borrows”
0 -
Advanced Discrimination & Dragons: A Critical Look at Varg Vikernes’ Myfarog RPG