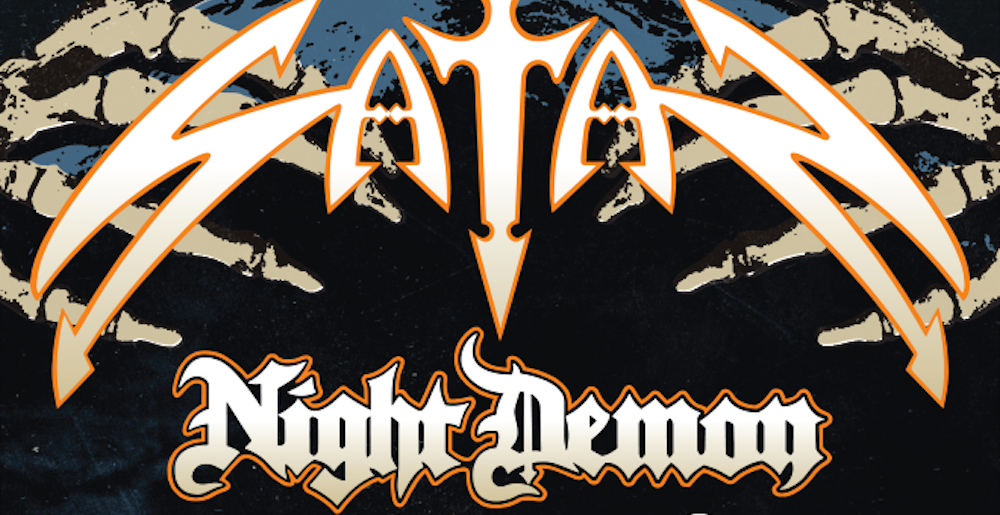 Metal and beer, beer and metal. Two of the finer things in life go together like riffs and blast beats, which is why Decibel Mag combines them in a festival twice a year. This year’s lineup is already pretty stacked—The Black Dahlia Murder’s East Coast return, Suicidal Tendencies playing their debut in full, Gorguts playing Obscura and Considered Dead material and so on—but the deal has been made even sweeter with a pre-fest on April 13 that features heavy metal legends Satan.

The NWOBHM legends will be supported by Cali mainstays Night Demon, prolific torchbearers Haunt and 2022 standouts Sonja. Genre-wise, it’s a little bit of a different lineup than the main festival, guaranteeing that you get a little bit of every metal subgenre.

Admittance to the day’s event, but as the name suggests, you just get to see the show—no beer samples (You can still buy select beers a la carte if you’re 21+).

Admittance to the day’s event plus unlimited* sampling from our diverse lineup of national breweries presented by 3 Floyds. Decibel Magazine Metal & Beer Fest: Philly 2023 sampling cups provided. Limited to 650 tickets per day. *Please note: In extremely extreme cases, certain high-ABV pours will be ticketed, with attendees receiving a limited number of tickets available to redeem for each offering.

Metal Sucks Greatest Hits
0 -
Carcass’ Swansong: A Newbie’s Retrospective Review
0 -
The Best Metal Albums of 2013, As Chosen by Metal Musicians Themselves — Part I: Machine Head’s Robb Flynn
0 -
Unearth are the Slayer of Metalcore
0 -
36 Seconds of Hell on Earth: Video from the Guitar Center Grand Opening in Times Square
0 -
12 Embarrassing Albums That Everyone Owned Back In The Day
0 -
Website Photoshops Dogs in Place of Bass Guitars Because Why Not?