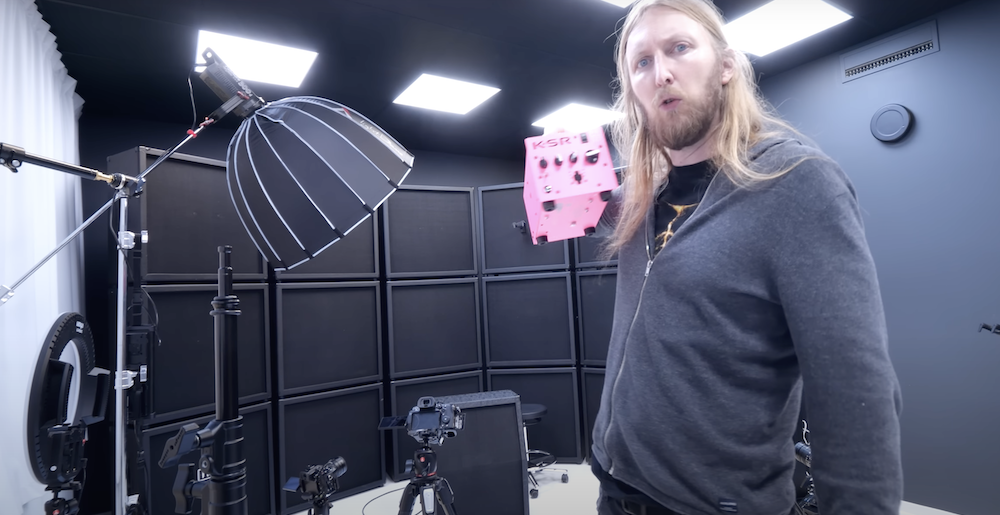 Extreme metal’s favorite peanut gallery is chattering again after The Haunted guitarist and guitar Youtuber Ola Englund weighed in on recent comments made by Behemoth frontman Nergal that heavy music today is too overproduced and sanitized. Last week, Nergal said:

“These days, you can fucking perfect things to the point that you cannot fucking listen to it, because the perfection makes things boring, imperfect and a whole lot uninteresting.

“Live, it’s not perfect; that’s why it’s so fucking exciting. So why make things that are just so fucking polished? I don’t get it, especially in extreme metal music. It’s gotta be fucking weird, it’s gotta be dangerous. Where is the danger factor? So I really wanted to bring the danger factor back to our music. It was present, but maybe this is the record [where] it’s the most present ever.”

Englund weighed in on his Youtube channel, pointing out that he and Nergal are from a time in recording technology where a band had to already be tight before the studio, since they couldn’t rely on ProTools and other editing software.

“Metal news magazines online can quote me on this one when I say that these are the words of an old metal fart – just like me. I absolutely agree with what he’s saying right here. I grew up on albums that were not recorded on a computer; where bands had to really perform well, really know their music before they even hit the studio. And you know, they would just perfect their craft and get a real live groove happening on an album.

“I’m used to that, I bet that Nergal is also used to that. Nowadays, when you hear death metal bands that have 240 BPM per minute songs, and it’s just a grid of kicks, and snares, and perfectly synced guitars – it is a little bit weird. It does sound robotic.”

Still, he acknowledges that some people just like that sound but emphasizes his belief that things aren’t supposed to be total clean; there’s supposed to be a level of abrasiveness to the music.

“But that’s the thing about music, the newer generation that grew up and started listening [to metal] later – they’re used to this. Maybe that’s a sound they like, this completely robotic, super-tight kind of sound. So, I guess it’s really subjective.

“A guy like me, and a guy like Nergal – we like when stuff is grooving. I’ve said this a bunch of times, but I like to leave mistakes in albums, because it’s the mistakes and the grooves that make an album unique. I see Nergal is getting a lot of shit for his statement right here. But to some extent, I kind of agree with him. I can still enjoy a really good modern death metal band where everything is robotic; that has its own flavor to it. But I, personally, like to hear when a band is playing, you know, off the top of their lungs, and you can almost hear the wheels coming off a little bit. You know, it’s supposed to hurt. A lot of things are polished today and it doesn’t hurt. It doesn’t hurt the ear. I like when it hurts, if that makes sense.”