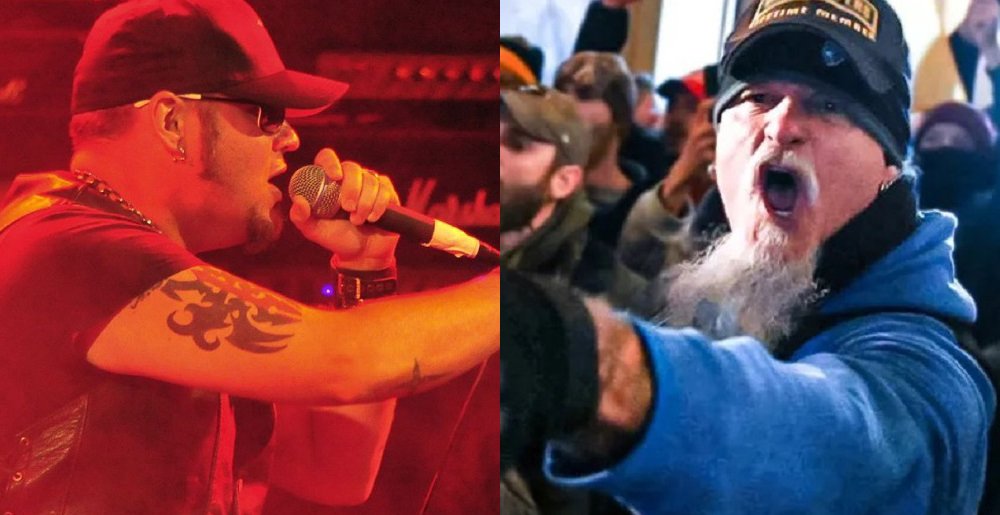 After Knowing the Guy for Years, Tim “Ripper” Owens Was Surprised Jon Schaffer Stormed the Capitol

Two years after a buncha primitive screwheads stormed the U.S. Capitol in an attempt to overthrow an election, it’s still wild to think us metal fans got to do a quadruple as Iced Earth founder and guitarist Jon Schaffer‘s angry white face was plastered all over the place as a wanted man for his involvement.

Apparently one person who was just as surprised as we were when everything was going down was former Iced Earth vocalist and Monster energy drink enthusiast, Tim “Ripper” Owens. Despite sharing a stage with Captain Insurrection from 2003 to 2007, Owens recently said in an interview with The Logan Show (transcribed by Blabbermouth) that it was something Schaffer’s gonna have to deal with moving forward.

“Yeah, I was [surprised]. I’m not friends with Jon; we had a falling out 15 years ago or whatever it was.

“Listen, people do things and they regret it. And that’s what he did; he’s gonna regret it.

“I have nothing to do with Jon. It was surprising, though.”

In the past, Owens has been asked whether he’d rejoin Iced Earth if it were to come around again, to which he’s always said he wouldn’t. Back in 2021, Owens was asked by a fan via Instagram about what it was like “working with a terrorist,” Owens said they never talked politics while recording The Glorious Burden, stating the following:

“yea that was more of history and I actually learned a lot More then I did in school. Taking about politics at the time wasn’t something I would get into. Opposite sides of the fence and I was working! I got fired anyways so it didn’t matter. Haha”

It’s interesting to see the dichotomy being played out in this whole thing. Both men recorded The Glorious Burden but only one took the message and decided to use his anger to beat and threaten law enforcement officers with bear spray in an attempt to keep a Democrat out of the White House. All because his fee fees were hurt and El Trumpito needed a coup in order to even sniff the Oval Office again.