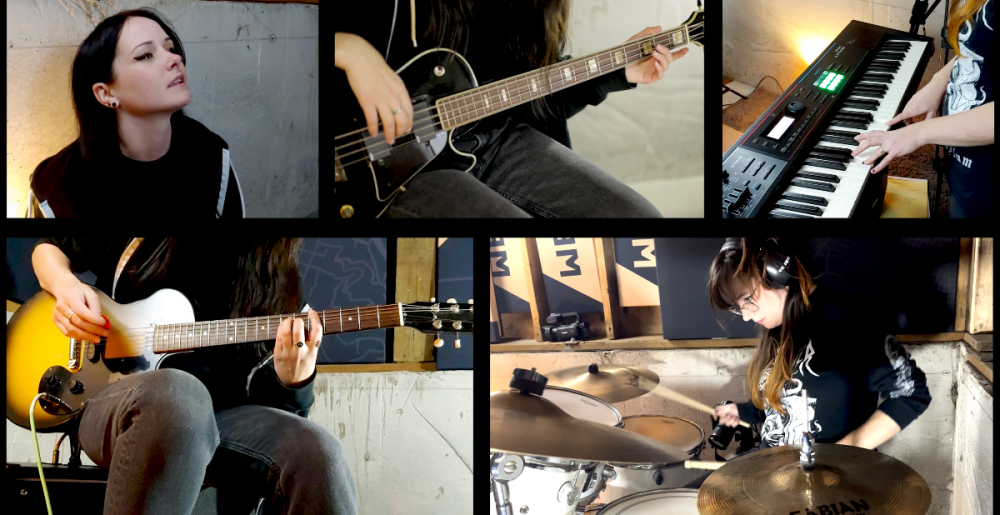 Hoaxed Take to the “High Seas” in Latest Playthrough Video

Goth rock duo Hoaxed posted a behind the scenes look of them playing one of the tracks from their debut album Two Shadows earlier today, giving fans a glimpse into their chill Pacific Northwestern style of jamming.

Having known each other for years and played in other bands in the past, it’s immediately apparent that both vocalist and guitarist Kat Keo and drummer Kim Coffel are familiar with how each other plays. This video in particular serves to showcase their multi-instrumental capabilities and how they managed to record their debut album.

“The ‘High Seas’ playthrough pulls back the curtain on our process and gives a glimpse into the layers behind the recordings.”

As you’ll hear in the clip below, “High Seas” has a driving sound that still manages to float about like a foggy morning on the bay. It fits perfectly into the band’s self-described blended style of “heavy melodic rock with captivating hooks, gothic undertones, undeniable metal, and tinges of Americana.”

Music brought them together, but it was years of jamming and a little luck that led to Two Shadows.

Artist Breakdown 0
The Scenic Spots in the Pacific Northwest That Hoaxed Uses for Inspiration
October 28th, 2022 at 3:36pm Hesher Keenan

Some idyllic scenery to take in on a Friday afternoon.

Their debut album Two Shadows is coming on October 28.

Metal Sucks Greatest Hits
0 -
Photos of Metal Musicians When They Were Kids
0 -
Just in Time for Passover: Big Four Yarmulkes?!?!
0 -
Students at British School Sing Iron Maiden’s “Flight of Icarus”
220 -
Hey Guys, Did You Know That Virgin Steele are From Long Island?
0 -
The Secret 2 a Successful Career in Music
540 -
Worst Year Ever: All of Our 2010 Year-End Sh*t in One Place