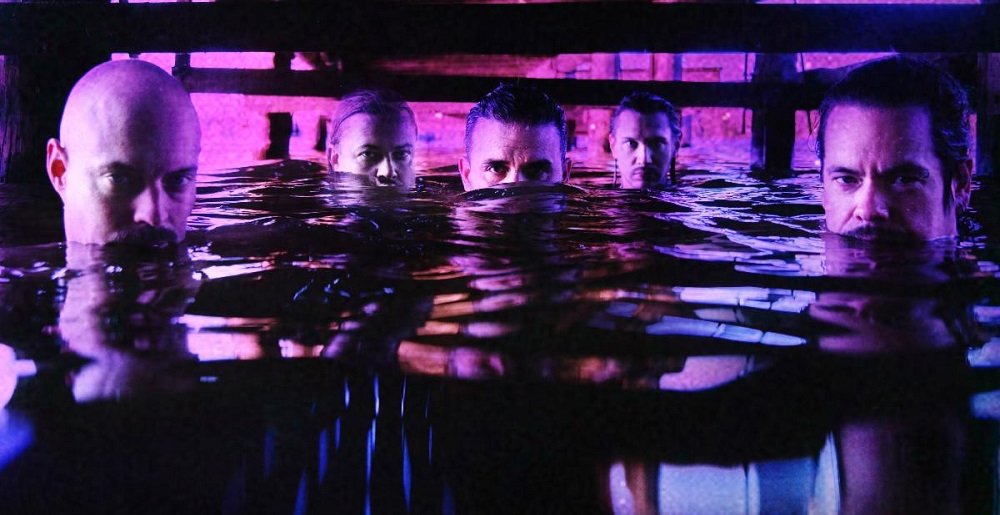 If gothy, post-punk is your jam, then this next track is just for you. Grave Pleasures announced earlier today that they were releasing their third full-length studio album, titled Plagueboys, later this year via Century Media Records. To celebrate the announcement, they’ve also dropped the album’s first single, “Society of Spectres,” which you can check out below.

Plagueboys is the band’s follow up to their 2017 release Motherblood. As you’ll hear in the track below, “Society of Spectres” has an airy, almost 80s pop sound to it at times. It’s a rolling track that keeps you moving, so long as you keep your feet off the third rail.

Guitarist Juho Vanhanen said the song intentionally delves down into a darker path.

“This song walks down a dark and crooked path that transcends into a nightmarish blood disco layer. That’s the place where all the ghouls gather to celebrate the downfall and feed on the masses.”

Grave Pleasures’ Plagueboys will release on April 21, 2023 via Century Media Records, but you can preorder your copy today.

1. Disintegration Girl
2. Heart Like A Slaughterhouse
3. When The Shooting’s Done
4. High On Annihilation5. Lead Balloons
6. Imminent Collapse
7. Society Of Spectres
8. Conspiracy Of Love
9. Plagueboys
10. Tears On The Camera Lens

Upon release, Plagueboys will release under the following variants and formats:

From the ashes of Beastmilk and The Oath rises a singular dark rock entity.

Metal Sucks Greatest Hits
0 -
Twelve Reasons Babymetal are the Single Best Thing to Happen to Metal in the Past Decade
0 -
Video Footage of Emmure’s Frankie Palmeri Getting Electrocuted On Stage in Russia
0 -
Dimebag Darrell’s Grave Desecrated and Robbed by Shitty Local Band
0 -
For $16,000, Ted Nugent Will Stay the F*ck Away From Your Town
0 -
I, For One, Welcome Our New Robot Overlords
540 -
Matt Pike’s Top Ten T-Shirts