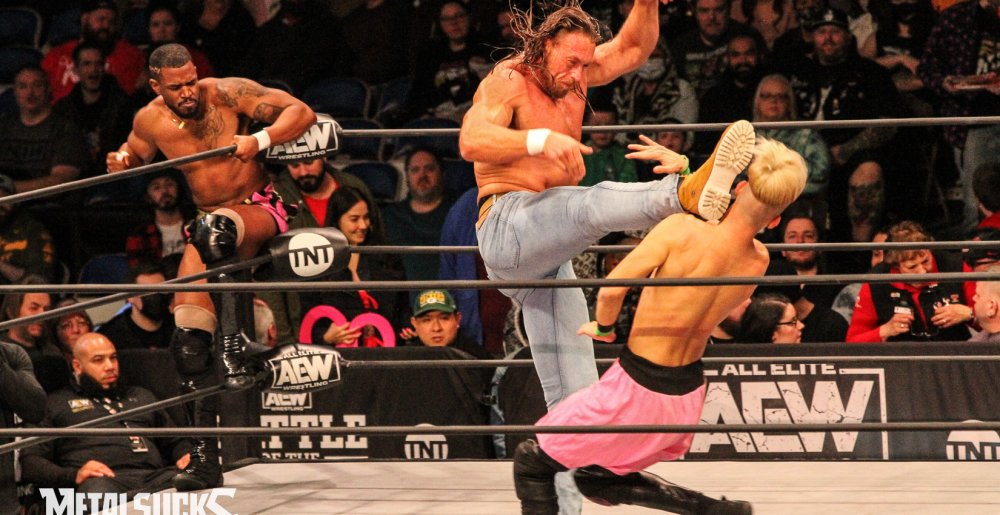 Like most good pairings, it’s hard to imagine a world in which professional wrestling and metal don’t intersect. After all, what’s more metal than a power bomb? What’s more brutal than a chair shot to the dome? What’s more extreme than sending another human being through a flaming table covered in barbed wire?

Last week, our intrepid photographer and magician behind a camera lens Alison Webster was granted access to All Elite Wrestling’s (AEW) very first live event in Portland, Oregon. From the get go with the taping of AEW Dark until the final bell rang during AEW Battle of the Belts, it was a night of high-flying, gut-wrenching, back-breaking action.

As you’ll see in the photos below, wrestlers like Big Bill and The Butcher (who’s actually Andy Williams, of Every Time I Die) just exude big metal energy. Hell, even scrawny dudes like the Beavis & Butthead looking wannabes The Voros Twins could be arguably a little metal (just gotta ditch the pink trunks for something cooler…).

And what’s even better is the fact that a lot of the wrestlers on AEW’s roster come out to some killer metal tunes. Obviously Chris Jericho comes out to his own music, because of course he would, but you’ve got The Butcher and the Blade coming out to a track titled “Full Death,” the House of Black come out to a doom metal sounding theme, and a whole lot more.

Keep an eye out in the future for more wrestling coverage as the months go on. Just make sure your shoulders are off the mat before the three count and never tap out before then.